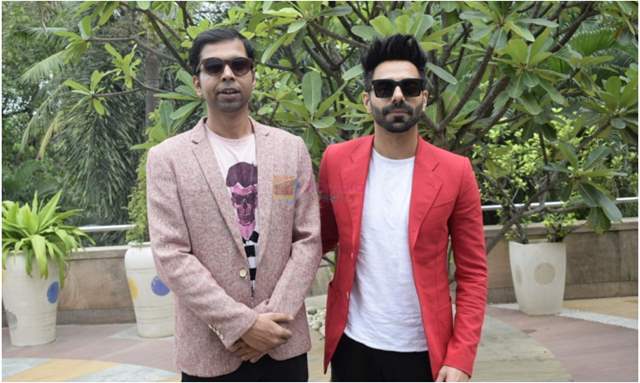 Over the years, Bollywood has used friendship as one of its most prominent themes! Epitomizing this pure bond on screen, there are few actors who make their characters stand out and relatable to the audiences. From Sholay to Dil Chahta Hai to Jane Tu Ya Jane Na to Zindagi Na Milegi Dobara to Stree, each movie had characters that redefined friendship to a different level. Talking about one such onscreen duo who will be giving major friendship goals to everyone is Abhishek Banerjee and Aparshakti Khurana!

Abhishek Banerjee who had played the character of Jana, a simple, innocent as well as a quirky friend to a ladies tailor Vicky (played Rajkumar Rao) and Bittu (played by Aparshkati Khurana), had earned appreciation from the critics as well as the audiences for bringing out the real essence of friendship in his own unique way in the movie Stree. Another reason for the movie to get so much love was the unique depiction of friendship and love. While everybody has seen the onscreen chemistry between Abhishek and Aparshakti, the actors are back to entertain viewers and to redefine their bromance with the upcoming movie 'Helmet'.

Talking about his special bond with Aparshakti, Abhishek Banerjee shared, “I've known Apar for the longest time now. We started shooting together for ‘Stree’ and since then we have been great friends. We have some fond memories from the time we spent together during our shoot for Stree and of course for Helmet! Apar is a wonderful human being filled with positivity. He is a delight to work with and I felt relaxed and happy whenever I had scenes with him especially while filming for Helmet.”

Cheers to their sweet bond of friendship!

Recently, Abhishek Banerjee has received accolades for his outstanding performance in Pataal Lok as Hathoda Tyagi, the actor is now all set to entertain his ardent viewers with his upcoming film Helmet and Umesh Shukla's Aankh Micholi.

Abhishek Banerjee is one step closer to Oscars as his Short Film ...

Aparshakti Khurana questions being tagged 'outsider': If I and ...