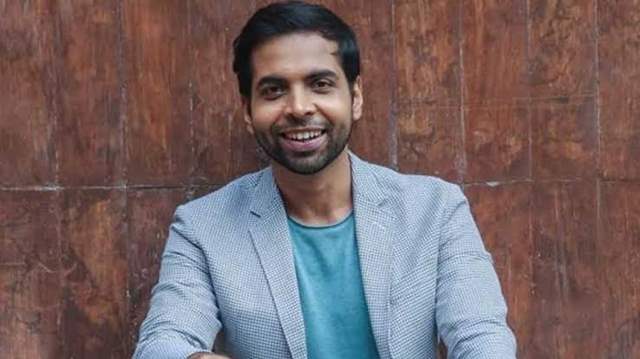 The exemplary actor Abhishek Banerjee who started his career with a short appearance in Rang De Basanti has gone on to deliver several blockbusters on the silver screen. Abhishek has always shown his versatility and is known for taking up challenging and entertaining roles and doing justice to every character portrayed on screen. With his own way of adding realism and quirk to each role, the talented actor has garnered immense love and appreciation from critics as well as the audience for presenting ever-green characters to Bollywood. Adding another feather to his cap, the astute performer is now one step closer to the Oscars!

Starring Abhishek Banerjee in the lead role and helmed by Dheeraj Jindal, a 13 minutes short film - 'Paash' has recently qualified for the Academy Awards. The film secured a spot in the top five films from India in Shorts TV Film Festival; which is an Oscar-qualifying film festival.

Sharing his excitement, Abhishek said, "I am excited, elated, and actually out of words. I can't express this feeling! I am grateful to the universe, the director - Dheeraj Jindal, and the producer- Sanjeev Kumar Nair. This is way too special for me and this year has been fantastic and thrilling work-wise. While doing a short film, you don't expect anything, you opt for it for the love of it. You never think about the outcome of short films, sometimes you do it only for the conviction of the director and I have to really give it up to my director Dheeraj; It was his belief and persuasion that made me say yes to the film. Additionally, Sanjeev Kumar Nair is a very dear friend of mine. I am so excited about this news and this is such a perfect timing for it to come out. This is indeed the best Diwali gift I could have wished for!"

While the short film revolves around the journey of a truck driver whose life changes just when he encounters an unexpected incident in his life, Actor Abhishek Banerjee who plays the role of the truck driver steals the show by showcasing the complex emotions onscreen with such elan.

Kudos to Abhishek Banerjee! We wish him all the best for the Academy Awards!

On the work front, the actor is all set to entertain his viewers with movies like Rashmi Rocket, Helmet and Aankh Micholi.

Abhishek Banerjee opens up about his Bromance with Aparshakti Khurana ...