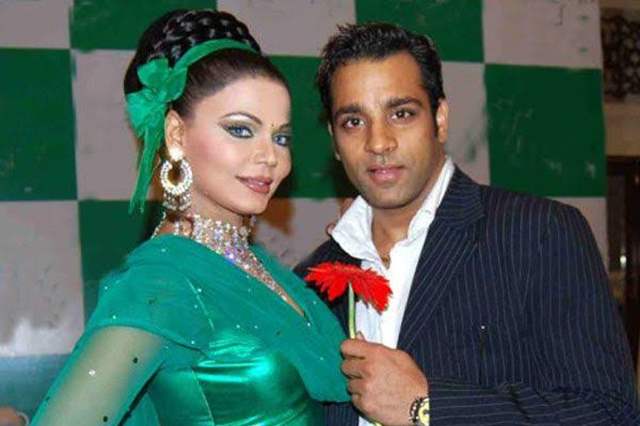 Actor Rakhi Sawant continues to be the talking point in Bigg Boss 14 for the right and wrong seasons equally. She may be slammed for multiple things but she is what this current season has been especially for the past couple of months.

In the recent episodes, Sawant made an allegation about her ex cheating on her. As one would remember, Sawant was in a relationship with Abhishek Awasthi where they even participated in Nach Baliye. However, their breakup was also one of the most controversial things to happen and that was the last time Awasthi made a clarification on the it.

Now, the actor is happily married with Chandrakanta actor Ankita Goswami but this allegation by Sawant has prompted him to come forward and issue a clarification again.

In a chat with ETimes, Awasthi said, “My wife, Ankita, was very upset. She asked me why Rakhi brought up my name when I never talked about her or put her in a bad light. I had no answer to it. I am a married man and do not want to discuss my past or gossip about people associated with it. I have a lovely wife and have two families to answer to now, so it is not right when someone says distasteful things about you on national TV, especially when I have never badmouthed her. What Rakhi did was quite bad. I guess that’s how she is and this is how I am.”r

Talking about the accusation, he said, “What she said was unwarranted. I never talk about her. When someone tells me something bad about her, I tell them that this is not the Rakhi I know. In reality, she is a very different person. We have roamed the world together, had a great time, and shared a lot of memories. I have no idea about this ‘friend’ that she mentioned on the show, who I was supposed to have had a fling with. Keeping aside my strong value system, I did not have the guts to cheat on her! Tell me, which girl will dare to date me when I am with Rakhi Sawant? (laughs!). There is no girl that brave! Rakhi claimed that she caught me red-handed on more than two occasions. Do you think a girl, who catches her boyfriend cheating on her, will forgive him instantly?”

He added, “The makers and the channel should have thought about me before airing these allegations. It’s wrong that one person says something and the entire world believes it and you keep playing that on television. It can cause damage to my reputation and affect my life adversely.”

Furthermore, he said, “It’s true that she has always lived her life in the public eye. But since the past few years, a cheapness has seeped in which was never there before. The videos she released abusing people…who does that? You’re a celebrity and God has blessed you with so many fans. With all that she has been through, she deserves all the happiness. But while entertaining people, she eventually does something so wrong that everything good gets ruined. Even in Bigg Boss, what she is doing now is not nice. Any self-respecting person would refrain from engaging in any argument with her. There is no denying the fact that she is an entertainer and a fabulous one at that, but she does not know where to draw the line. She does not realise when the entertainment turns into cheapness. I have shared several beautiful memories with her which I will cherish for a lifetime. But the Rakhi I knew was not this person. She was different back then.”