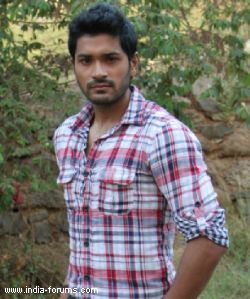 Imagine's Looteri Dulhan produced by BAG Films will see a major twist in the coming episodes when it will be revealed that Abhinav (Mrunal Jain) is not a rich man.

The family of Billo (Krishna Gokani) force Billo to marry Abhinav as they want to dupe him by  amassing his wealth. However, the whole family will be in for a shock when they get to know that Abhinav has planned his move carefully as he wants money for himself.

A little birdie tells us, "Abhinav is already married. His wife Suman (Shalini Chandran) suffers from blood cancer and he wants money at the earliest to treat her. The man who is very much in love with his wife very well knows that Billo is a Looteri Dulhan. He in fact presents a made-up story to the family of he being a Yuvraj. His intention is to marry Billo and get a share of money as he is Billo's husband, from every loot the family makes hereafter. Billo will be shocked when she gets to know of this fact".

How will Billo's life change now?

That's to be watched..

smilee17 9 years ago thank for the awesome articles hope they plant one new hero for poor billu
haha its a good lesson for the family...but i think billo didnt deserve it... she didnt want to cheat abhinav she even i think liked him... the poor girl was helpless... but ohh well...
billu & abhinav's love story kept a few audiences glued to this show ..now that is also gone ... worst show on imagine at the moment

-JaZ- 9 years ago @ vrish .. as priya said billu's family deserves it but not billu..she truly loved him and even asked him to leave that place getting all the beatings from her family but this guy has cheated her to the core...*abhinav has to die with his dying wife :x* ...hope they plant one new hero for poor billu :( ...

DarkUnicorn 9 years ago haha its a good lesson for the family...but i think billo didnt deserve it... she didnt want to cheat abhinav she even i think liked him... the poor girl was helpless... but ohh well...

.Vrish. 9 years ago Actually, it's poetic justice. Here is a family - Billu's - which makes a career by cheating other families, and here, Abhinav is the one who takes them for a ride. This is priceless, as Billu ends up as the 2nd wife of Abhinav.

Question then is - is their marriage even legal in the first place?