After keeping the viewers enthralled and glued to their television sets, it's time to bid adieu to the interactive musical game show Bol Baby Bol, this Friday at 9 p.m. on Star One. The finale episode is an absolute treat to music lovers as famous singer Abhijeet mesmerizes the crowd with his melodious voice. 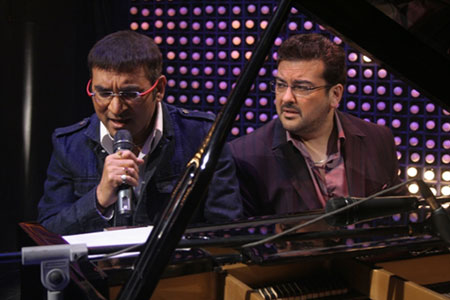 Abhijeet sings his way into the episode with the great Kishoreda's number Hum Bewafa. He further sets the mood and gives the audience an array of musical flavours with unforgettable songs like Hum Ne Tumko Dekha, Tum Kya Jaanu, Zindagi Ek Safar.

That's not all, also catch Adnan play the piano and Abhijeet hum to Adnan's hit song Tera Chehra. He continues to captivate the audience with his soulful songs while working his way up the money ladder. And just when he crosses the 4 lakh category with ease the time runs out leaving the audience craving for more.

And to add to the excitement, both the singers sign off with the famous song Yeh Dosti making it a memorable moment! Make sure you catch the grand finale episode of Bol Baby Bol this Friday at 11th April, 2008 only on Star One.

Grand Janmashtami celebration in 'Anupamaa', will it turn sour?

ISano 12 years ago man they really .. got their hand on these people..