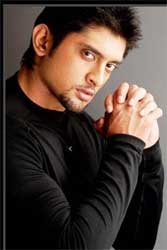 TellyBuzz had reported yesterday that newcomer Dipika Samson will play the title role in Imagine and Shakuntalam Telefilms' Devi post the generation leap. Now we give you further information on the male lead of the show, who will be the love interest of Lakshmi.

According to our source, "Abhaas Mehta who was last seen in COLORS' Bairi Piya will play a young NRI lad who comes to the village. He bumps into Lakshmi and falls in love with her".

When contacted, Abhaas confirmed the news and told us, "In Bairiy Piya my character was that of the nephew of Thakur who is a happy-go-lucky chap. In Devi, my role is completely the opposite; I am very shy, silent and a man who speaks a thousand words thro' his eyes rather than mouth. My character is similar to what I am in real life. I have to work a lot on the body language too, as the guy happens to be from a royal family".

Abhaas has great expectations from his role, and is looking forward to this new challenge.

Catch the generation leap in Devi from tonight only on Imagine..

sizezeroaddict 10 years ago All you guys out there,
His appreciation thread is now open in the Devi Forum. You can too be included in his fan list.

imagine-addict 10 years ago abhaas loosk fantastic as pranay. I hope his entry will improve ratings. Dev team could you please create a Fan page for Abhaas. Thanks

sitakshii 10 years ago well he is not looking tht much appealing to me in the promos of devi
lets see how he works !!!

coolgirl4ejaz 10 years ago kwl cant wait to watch new entries to the show.