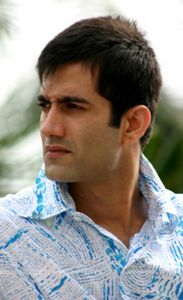 Abbas Khan who is seen in SAB TV's Lapataganj has met with an accident while holidaying with his family. He plays the lovable character of Biji Pandey.

Abbas was on a one week holiday and was in Nainital with his family when he met with an accident and injured himself. We contacted Abbas Khanwho told Tellybuzz, " I was holidaying with my family in Nainital and we had hired a bike to ride around. Unfortunately, due to mud and rain my bike lost balance and skid on the ground .My leg is all scratched and I came back to Mumbai. I will take rest for another one week and then resume my shoot."

Tellybuzz would like to wish Abbas a speedy recovery!