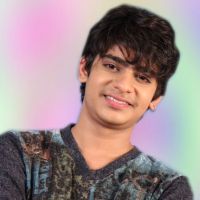 Aayush Shah who was recently seen playing the character of Aswathama in Star Plus' popular mythological series Mahabharat is all set to be seen in Sahara One's Haunted Nights.

Our source says, "Aayush will be playing the character of Prateek who is the main lead in the show. As Prateek's father is handicapped, he wants to get his father treated well but unfortunately, he falls in the trap of a fake saint who tries to mislead him. The story of the show will revolve around Prateek who is trying to expose the truth of the saint."

When contacted Aayush, he confirmed the news saying, "I am playing the character of Prateek who is a ghost hunter. I am shooting for the episode currently and I am having a very nice experience as I have got to do something different."

We wish Ayush all the best bagging this show!

-GredForge- 9 years ago srk is the most amazing person and shahids the best too!

alishaL786 9 years ago SRK you're such an amazing person!!

sejal719 9 years ago love srk and im lost i thought there was an article last week or so that pc and shahid were done :S i hope it was a a lie :D lol

surabhivk 9 years ago SRK is so sweet! He takes care of everyone. That's why I love him so much! You're the best Shahrukh! Keep rocking! Eagerly waiting for Ra.1 and Don 2....

sweet_angel27 9 years ago These two were amazing as hosts, and I would love to see these two together in a movie. :)