“Aaj shaadi ke saat phere lene se pehle… main yeh pratigya karta hoon ki main umr bhar Urmi ki dekhbal karoonga aur us par kabhi koi aanch nahi aane doonga…” This is the vow Aadesh takes on his wedding day to Manali. Will Aadesh keep his Aathvaan Vachan?
Aathvaan Vachan… saath vachano se badkar, the new daily soap on Sony Entertainment Television, starting from September 1, Monday to Thursday, at 9.00 p.m. is a poignant yet heartwarming story of young Urmi and the challenges she has to face in life. Urmi who is bubbly, cute, innocent, energetic and curious and is all of 18 with the mental ability of an 8 year-old!

Urmi is a problem child and a huge worry to her parents, a burden to her brother, a menace to her sister-in-law and everyone around... except her sister Manali. Manali and Urmi are sisters who seem to be joined by an umbilical cord… a cord that cannot be severed off. It is this bond that forced Manali not to pursue a career and refuse marriage proposals… her priority is Urmi and she takes care of her day-to-day needs. This unusual bond only confirms that they are there for each other.

In a society like ours where marriage means marrying not only the person but his family also, will Urmi’s mental status be a hindrance in Manali’s happiness? The simple narrative takes an unusual twist when Aadesh meets Manali marries her and promises to look after Urmi. Aadesh turns out to be a man in this situation as he decides to marry Manali. The family is shocked with Aadesh’s decision but he goes a step further by renewing his promise to Manali, while taking his marriage vows. While life for Urmi continues to be fun and games at her sister’s sasural, fate has other plans for her. Manali dies leaving Urmi in Aadesh’s care. Urmi and Aadesh find themselves in an unusual situation. How they face life is what Aathvaan Vachan… saath vachano se badkar is all about. What would Urmi’s fate be when she loses her soul support of her sister? Will Aadesh be able to live upto his promise to Manali?

Talking about the show Sanjay Upadhyay, Head of Fiction of Sony Entertainment Television said, “Marriage vows are sacrosanct for the bride and groom and all present there. In this case it is to ensure Urmi a place in his family and life that Aadesh takes the vow. But what happens when this promise becomes a commitment leaving Aadesh with no choice but an entire lifetime to deal with? The unique situation that Aadesh and Urmi find themselves in, forms the main crux of the story.”

Stay tuned to Aathvaan Vachan… saath vachano se badkar, starting from September 1 from Monday to Thursday at 9.00 p.m. only on Sony Entertainment Television. 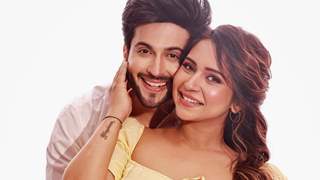 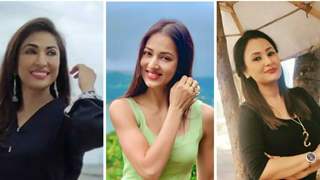 14 years ago looking forward to it! awesome storyline!

+ 2
14 years ago lets see how this goes...kinda reminds me of choodiyan that used to give on sony with shraddha nigam as the menta ability of a child and juhi parmer as the sister who looks after her!

14 years ago another one where one sister will end up with the others husband, is this what happens in our indian society. devars marry their bhabhi maa and saali becomes pura gharwali.

i still think kucch is taras concept was gr8 and the story was doing good. every serial has its ups and downs and sony seems to be afraid that it can not whether the strom.

14 years ago interesting storyline... something totally different, will watch!!!

14 years ago i think urmi will get married with aadesh.

14 years ago I thought that Mouli was the protagonist but she dies?!?! Wow...that's strange.....good luck to them...though I don't think it should replace KIT...they should air it be4 or after KIT...