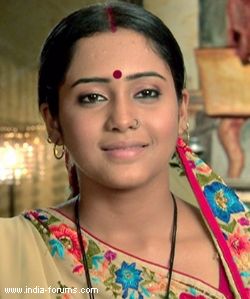 It was the breaking news in TellyBuzz earlier that Deeya and Tony Singh's DJ's Creative Unit are making a one of a kind fiction show which is inspired from the love story of Mohandas Karamchand Gandhi and Kasturba, for Imagine.

And here we bring in the latest on this.

A source says, "After a lot of brainstorming, the title of the show has been finalized as Dharampatni. Since the company wanted a popular face, the Production house has roped in Aasiya Kazi (who was last seen in Colors' Maati Ki Banno) to play the main lead."

Aasiya Kazi will essay the role of Kasturbha which will be screen named as Kastur.

With this viewers will see a comeback of Aasiya Kazi to Imagine after her popular show Bandini.

We tried to get in touch with Aasiya Kazi, but she was unavailable for comments.

The hunt is still on for the role of Gandhi.

Watch this space for more updates...

pyar-ishk 9 years ago Wow I didn't know AK was even consider for another lead role. I won't believe it until I see confirmation from Ak or channel.

As far as acting is concern let's not kid our selves here, how many award winning actress are in serials now. There child artists who're doing better then some of the adults when it come's to acting.
I don't have a problem with the actors but the PH & Channel.

-GredForge- 9 years ago she is fine but dont want hc opposite her!:(

Jamila1 9 years ago Oh Aasiya is back with her second leading role :) seems shes caught the eyes of other production houses :)

Cant wait to see her show soon, just shame its on Imagine :( they dont promote their shows properly or that popular, wish it had been on any channel except Imagine
Harshad Chopra is cute so lets see


Still want Bandini2 to come back with Aasiya and Ronit Bose Roy!

HaHaHeHe-Hupp 9 years ago all the best aasiya ji for ur new show , we want u to play ur role brilliantly ... hope that ur show lasts long max 4 years on imagine so that u could enravish ur fans ( all of us) bu ur acting ...

IPSO_FACTO 9 years ago ofcourse we do sheila :P Imagine you gotta wake up from your deadly sleep b4 you shut shop :P bringing back our just our angel WON'T workk...!!!! when we said we want BANDINI season 2 with RR AND AASIYA it means we want that only!!!!!!!!!!
BTW sheila check out TC , SANRAJ won the poll :P

i think that i need to tell him on facebook u are being considered as gandhi ji for next show of imagine ...
@ anjali , if u wanna talk about age of actress , i tell u there are a lots of actress in telly land ( aasia is not special one)who are not nearly even 17 they also have done great on tv and being much liked these days on tv...i need to tell u some examples ????

IPSO_FACTO 9 years ago lol people don't know what they are talking !!!!!!! if Aasiya didn't do justice on the acting part then how was she selected!!! was it that she came for audition and there she did a ramp walk in front of Ekta and bam Ekta selected her!!!! She was selected by ekta after several auditions !!!!
and i did not say she's a great actor i said she's a GOOD actor...there are only a FEW great actors in telly like RR !!!!!!!!!!!

IPSO_FACTO 9 years ago and people commenting about Aasiya's acting skills ...an actor is judged well by the shoW makers!!! and Aasiya made her first appearance as a lead when she was just 17 years and that to in a BALAJI show where ekta ma'am herself selected her...and her decision was appreciated by RR!!!! I THINK THE QUEEN OF SOAPS and LEGEND knows better about acting !!!
then she was offered a show by Hema malini...as Hema ji was impressed by Aasiya when she saw her in BANDINI...makes it cru=ystal clear that AASIYA IS A QUALITY ACTOR!!!!!!!1