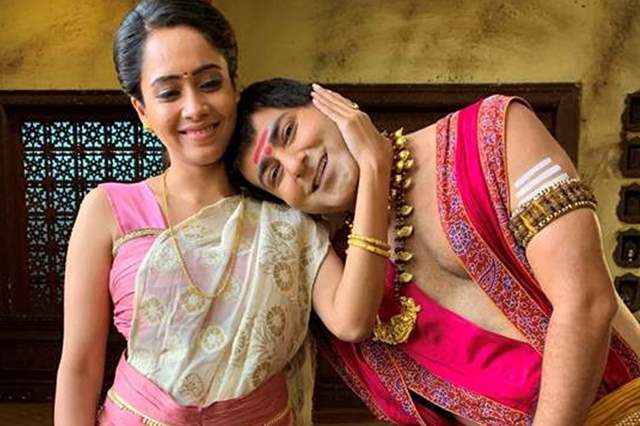 If you are an ardent fan of Sab TV's Tenali Rama, you would have already noticed how actor Aasiya Kazi, who plays the role of Rama's wife, Sharda has been missing from the show for quite sometime now.

There were rumors about how that happened because of ill health.

However, opening up on the same to Bombay Times, Kazi said, “I had been experiencing pain on my left shoulder and hand for over seven years now. The pain got worse and aggravated recently, but I continued to shoot. However, a week ago, the pain became unbearable and that is when I requested the production house to give me a half-day off, as I had to consult my doctor. To be honest, I was scared to visit a doctor due to the ongoing pandemic. But it was excruciatingly painful and I was in such a bad shape that I couldn’t even stand or drive. That left me with no option, but to visit the doctor. I was relieved to see the level of precautionary measures taken by the hospital staff. Besides, I was extra careful myself and took possible safety measures.”

The doctor has now advised Kazi to take as much rest as possible before she resumes shooting. She said,  “The pain was so severe that the doctor suggested I should not move my neck or hand. Along with a heavy dosage of medication, he also advised rest. I had to request the production house to give me a few days off and, as always, they were very supportive. They gave me a short break and now I am on medication. One of the major reasons to take this off is that the medicines make me drowsy, and my face and eyes are bloated and swollen. I obviously can’t shoot like this. I am resting now. I have been on medication for a couple of days. While the recovery is slow, hopefully, I will feel better soon and resume the shoot.”

When asked about when she is planning to resume work, the actress said, “It depends on my health. However, I will be shooting on Wednesday owing to the telecast issue. I will continue to shoot in between if there are any telecast issues.”

We hope she recovers at the soonest.

pyar-ishk 1 months ago OMG Aasiya, didn't you know were experiencing this form of health issues. Please take came of yourself and get well soon cause your health comes first.