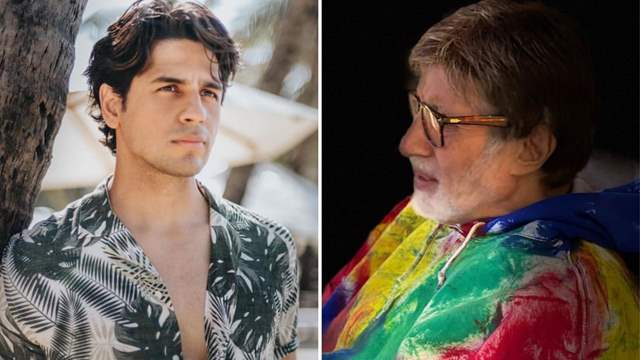 The 2002 thriller film Aankhen starring Amitabh Bachchan, Akshay Kumar and Arjun Rampal as blinds is one of the fondly loved thriller film. Fans had been waiting for a sequel and reports of Aankhen 2 had been doing the rounds for more than four years.

Earlier this year, reports stated that Aankhen 2 is in the making and after many discussions, the cast was locked in for the sequel as well. While Big B is reported to reprise his role, Sidharth Malhotra will play the second male.

However, even before the shooting could commence, the film has hit a roadblock. While one may think that the recent lockdown due to the COVID-19 crisis may be the spoilsport in question, that’s not completely the case.

Aankhen 2 might be scrapped to dust and even if the film goes on floors, there might be drastic changes in the cast, reports ETimes. The daily quoted a source as saying:

“The shoot was supposed to begin on May 20, 2021. Of course, the current lockdown has turned the applecart of many films. But here, there's some other reason. This time out, it is still not clear why the film has been put at the back burner and it is even being thought that if and when it goes on floors, many of the actors who had confirmed and committed to it, at least in the beginning, might be changed.”

The source also adds that most likely a thriller will be made starring Big B and Sidharth will be a part of it, but it will not have anything to do with 'Aankhen'.

Meanwhile, Tarun Agarwal of Rajtaru Studios and Eros International, who were supposed to produce the film are yet to comment on the same.