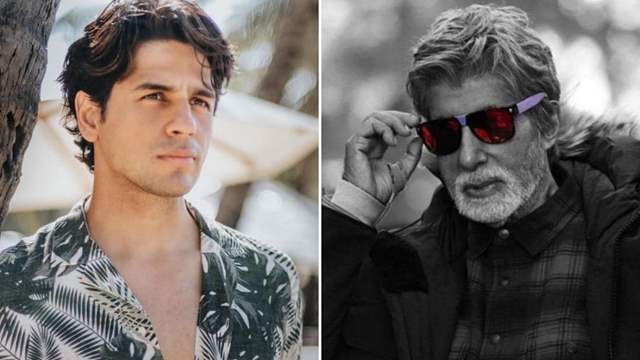 Amitabh Bachchan’s 2002 movie Aankhen was one of a kind thriller and featured Big B, Akshay Kumar and Arjun Rampal as blinds in the film. In a piece of exciting news, the second instalment of the film is in works and if recent reports are to be believed, the cast has already been locked in.

While Big B will continue to be a part of Aankhen 2, the second male lead is reported to be Sidharth Malhotra. Reportedly, Sid will be playing blind and Bachchan may either play the main villain or the protagonist.

The team has now approached Sidharth Malhotra to come on board for the project. Big B has already given his nod to the film. Taking it ahead from the previous film, the second part will be a completely original script but will have the same essence and thrill elements of the original. Sidharth will essay the role of a blind man here whereas it needs to be seen if Big B plays the main villain or a protagonist this time.

Previously, several names like Anil Kapoor, Saif Ali Khan, Kartik Aaryan were rumoured to headline the film but looks like the makers have found the perfect match in Sidharth Malhotra.

Meanwhile, we wait for an official announcement from the team.