View Profile
Age is no big deal for 60 year old veteran actor Aanjjan Srivastav who seems to be getting younger by the day. Shooting continuously for the past two and a half months without any breaks at an age where most people think of retirement, Aanjjan is enjoying his work and raring to go and ready to experiment with differential things. 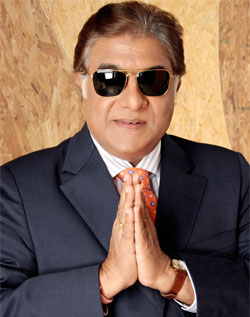 Just back from a gruelling schedule he says, "I am proud to be part of Subhash Ghai's Yuvraj where I enact an important character with different shades to it. This film will definitely be a milestone in my film career and I am grateful to the showman Subhash Ghai for giving me the opportunity to work under his direction. It is a new experience as an actor who has been around for 40 years. Shooting with him reminds me of Hrishikesh Mukherjee."

At the age of 60 Aanjjan Srivastav seems to be getting younger day by the day. Busy as ever and no plans of retirement Aanjjan Srivastav has worked with every star of the industry and has seen many a career in this industry grow and transform. Earlier seen in movies like Kabhi Haan Kabhi Naa where he played the role of SRK's father, Ashutosh Gowarikar's Lagaan and Jodha Akbar he currently has seven films in his kitty which include Ahmed Khan's Paathshala, Ekaa films Mere Khwabon
Mein Jo Aaye, Karolbagh Films Havai Dada, Arif Sheikh's Lets Dance,Mukta Arts' Yuvraj, Karan Razdan's Bhatti on Chutti and Dinesh Chugh's Mittal versus Mittal.

Aanjjan who's well known for his character in Wagle ki Duniya currently is seen on Airhostess aired on DD every Wednesday at 9:30 pm. "A true actor is one who gets into the skin of every character he gets to essay," says Aanjjan. Way to go for this actor for whom this is just the beginning! 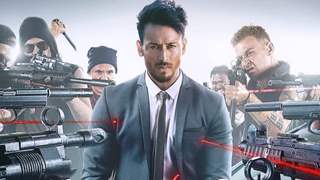