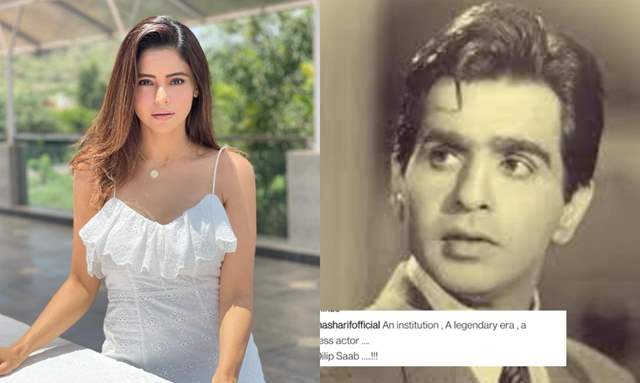 Dilip Kumar was last seen in the 1998 film Qila. His death has left a big gap in the annals of the film history of India. The film industry and countless fans mourned the death of the prominent actor. From Bollywood to television celebrities shared social media posts for the late Dilip Kumar.

Aamna Sharif who was a profound fan of the late actor and his work mourning his demise says, “Woke up to an extremely sad news today as we had to bid adieu to a such a talented artist. This is just too sad. We can now only remember his fond memories and the rich legacy that Dilip Ji has left behind. Today indeed is a sad day for the film fraternity as it loses one of its crowning jewels.” Says Aamna

Showering her grief Aamna also posted a picture of Dilip Sahab on her social media with a caption that says ‘An Institution, A legendary era and a timeless actor #RIP Dilip sahab.’

On the work front, Aamna is currently shooting for her upcoming web show Damaged 3.