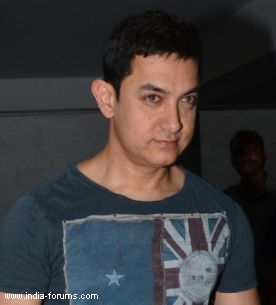 Aamir Khan is 49, but can give any younger actor of Bollywood a run for his money. The actor-producer says his genes and healthy lifestyle are to be credited.

When asked about the secret behind his youthful looks and fit frame, he said: "What should I say...a lot of it has to do with my genes, and I always eat healthy. I stay conscious about what I eat."

He is also always determined to get the look right for his characters - so, it was no wonder that for the 2008 film "Ghajini", Aamir went out of his way to get eight-pack abs. Even for last year's "Dhoom 3", he had worked hard on his body for a long time.

Aamir has been entertaining Hindi film audiences for over 25 years.

The actor is currently seen as the host of the second season of TV show "Satyamev Jayate", which deals with socially relevant issues.