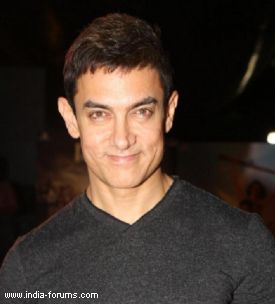 AKLF, running from Jan 8 to 13 next year, will celebrate the secular views of Azad to coincide with his 125th birth anniversary.

The festival will begin with Khan's lecture titled "Maulana Azad: His belief in Secularism and his Foresight" at the Victoria Memorial Hall here.

Syeda Hameed, member, Planning Commission, will launch her book "Maulana Azad, Islam and the Indian National Movement", at the fest.

"As part of the tribute, we have sessions on Urdu and Hindi poetry and sessions on exploring the south Asian literary identity," Anjum Katyal, one of the directors of AKLF, said.

The fest, organised by Apeejay Surrendra Group and Oxford Bookstores, will witness the participation of around 60 delegates including authors and panelists from Europe, Britain, Egypt, China, Ghana and neighbours Bangladesh, Pakistan and Nepal.

Ustad Amjad Ali Khan will also release his book at the event.

To lure the youth, discussions on writings on romance, food and love in Bollywood and fashion will be kept in focus. Speakers include upcoming authors like Nepali-Indian author Prajwal Parajuly and fashion designer Kallol Dutta among others.

The fifth edition, spanning six locations including various heritage buildings in the city, will also highlight the connection between literature, art and cinema through deliberations on music, dance and scriptwriting.