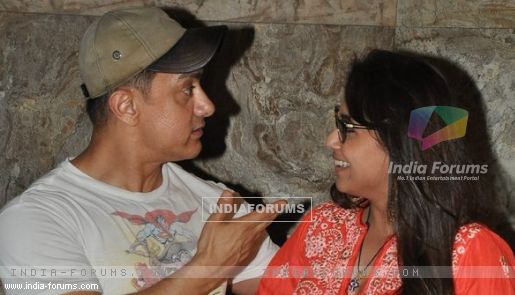 Actor Aamir Khan, who is known to raise social issues via his TV show "Satyamev Jayate", has praised his former co-star Rani Mukerji's work in her latest movie "Mardaani", about child trafficking.

"Saw 'Mardaani' yesterday (Sunday)! Must watch, it can happen to anyone! Rani is superb. And so is the new actor who plays the villain, Tahir Raj Bhasin," Aamir, who starred with Rani in "Ghulam", posted on Twitter Monday.

In "Mardaani", which released Aug 22, Rani is seen as a police officer on a mission against girls' trafficking.

Meanwhile, Aamir is busy promoting his film "P.K." these days.