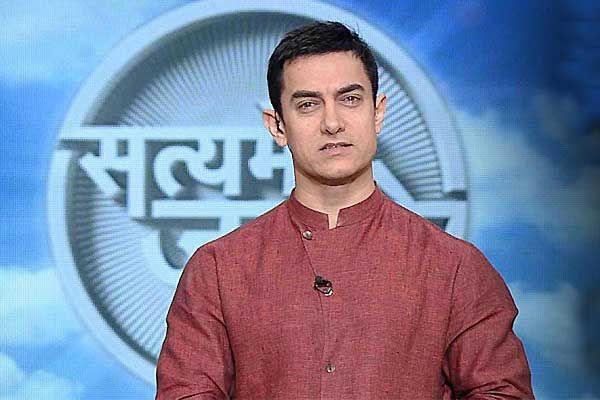 Days of abject poverty for Bhagirath Manjhi and Basanti Devi, son and daughter-in-law of a man who single-handedly carved out a road by cutting through a hill in Bihar, are likely to end soon.

Yadav has already provided Rs.1 lakh in cash to them and also promised to provide Rs.10,000 every month.

"We were pained after we came to know that Bhagirath and Basanti were living a life full of misery and decided to help them financially," Yadav told over telephone Monday.

He said monthly financial help would be provided to Bhagirath and Basanti by Maa Maati, the voluntary organisation of his wife Ranjita Ranjan, also a former MP.

Aamir Khan, who visited their village for his TV show Satyamev Jayate last week, is set to provide financial help to them.

Shafi Ahmad, state coordinator of Khan's production house, said a team would visit the Dasrathnagar Dalit tola near Gahlaur in Gaya district, around 100 km from here, soon on behalf of Aamir Khan as he had requested that their requirements be looked after.

Khan, during his visit, also assured help to Bhagirath and Basanti.

Both of them told Khan that they have been left in the lurch, ignored by politicians and officials despite repeated assurances.

Basanti added that she, along with her husband, begs for money to conduct an annual ritual in the memory of Dasrath Manjhi.

Bhagirath and Basanti work in the village primary school as cooks for preparing the mid-day meal for children. Both of them are paid Rs.1,000 a month.

Dasrath Manjhi had single-handedly carved out a 360 feet long, 30 feet high and 30 feet wide passage by cutting through a hill near Gahlaur with a hammer and chisel, working day and night. He died in 2007 after a battle with cancer.

The hill was between Attari and Wazirgunj blocks in Gaya district. Thanks to Manjhi, the village blocks have been brought closer. Manjhi began his uphill work when his wife was injured and he had to take a detour around the mountains to reach the nearest hospital.