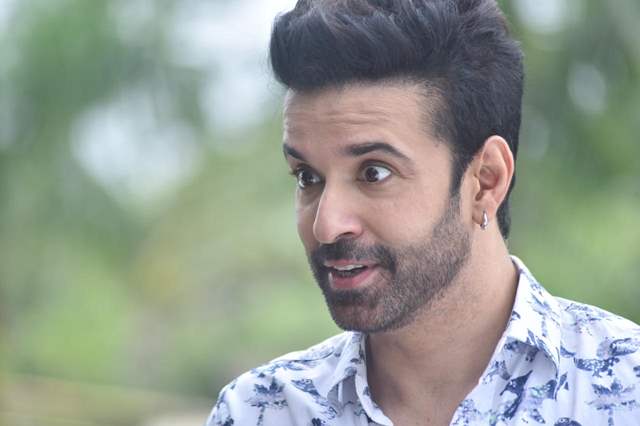 Aamir Ali made his web debut with Naxalbari on Zee5, and soon after, we also saw him in Black Widows. A remake of a Finnish Drama by the same name, there have been a couple of remakes of the show, and this one too has been received well by the audiences. We got in touch with the actor about the show, the web space, and more. Here's what he had to say.

Does all the success make you feel like it is your time to bask in success?

From Black Widows, I've got such a great response, it just makes 2020 end on a good note and 2021 start on a greater one. The kind of hard work put into the show, the show was shot during COVID times, also Black Widows, but Naxalbari being my first show, being something completely different, it feels really special, because I could have landed bang on my head if the people did not accept me and I was scared about that.

How different is your character from what we've seen you do?

This is opposite Keswani, if he was crooked, this guy, Eddy, my character, is extremely straight and gullible. The show is about thee three women, where they suffer from domestic violence, and this guy comes into the lives of one of the girls to be there for her, he is very real and respectable towards these girls, it is the opposite in terms of the character.

The show sees females in the lead roles, what was your thought process into taking up the show?

This is just an extended special appearance that I am doing but the show and the actors are so good that I had to be a part of the show because of the ensemble cast. Because I have done such an intense role in Naxalbari, I thought this would be a different thing to play, not realizing they'll release around the same time, so close to each other.

Given that it is a dark comedy, what kind of homework went into the show??

I've decided whatever work I do, I am going to do workshops and I am going to prepare myself, so even for Black Widows, I remember finishing my schedule in Goa and then going to Kolkata. Here, you get so much time and opportunity to know things in advance, be it the script, and a lot of other things, so one can work on things. Initially, it was a little difficult for me to switch from Keswani to Eddy, but because of all these things, the first day itself was bang on.

Any plans to do TV or would you stick to OTT? Any particular kind of role you've been looking forward to?

I am an actor, I'll do anything good that comes my way, so never say never to anything. But at present, I am enjoying this space, and I am going to explore more stuff on OTT.

I've been wanting to do so many characters, I can't name one, because there are 10 of them, and doing web shows is the right way to explore, for doing things in a way, because not every one gets big films, so we can at least do big shows.

Aamir has been doing well as far as the web space is concerned, and we bet the fans are looking forward to see more of the actor!