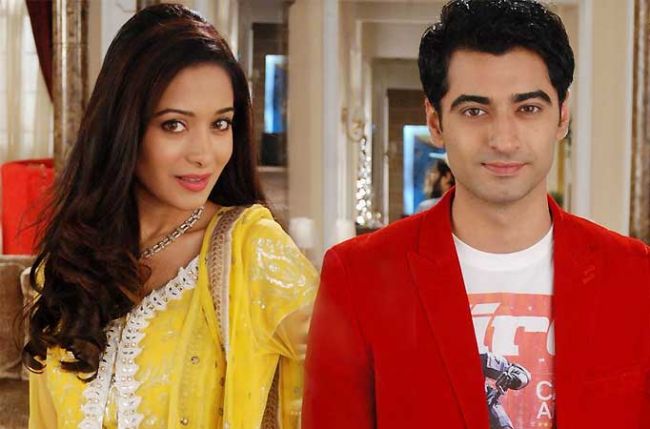 High voltage drama can easily be seen in the ongoing episodes of Fortune Productions' popular show Beintehaa on Colors.

After Zain (Harshad Arora) has decided to separate from Aaliya (Preetika Rao), nothing is going well in the Barkat Villa, more differences and mis-understandings will grow between Zain and Aaliya in the forthcoming tracks of the show.

Our source says, "Zain's decision of taking a divorce from Aaliya has come as a shock for everybody and Aaliya is shattered. Even though Zain tells Aaliya that she can stay for three months in the house, telling the fact that he is not going to change his decision, Aaliya denies and she leaves the house. Later, she in search of a hotel to reside where she will face some rude comments by some goons. Soon then, Rehaan (Nandish Sandhu) comes there as Aaliya's savior and he fights with the goons."

Further, our source adds, "Aaliya agrees to stay at Rehaan's place as kids' caretaker only on  condition that she will be paying the rent. Aaliya gets to know about Osman's Quraan Khaani and she prays for his soul outside Barkat Villa. Aaliya signs the divorce papers followed by some drama between Zain and Aaliya."

Now, the lives of Zain and Aaliya has taken a U turn and here begins their new journey in Beintehaa!

preetika1991 6 years ago Love you preetika. Aliya and zain you both are made for each other. Love Zaya.

6 years ago Preetika Rao, you were awesome yesterday !! So naturally emoting, cud feel the pain !!!

6 years ago Just go and check out its nothing had like happened in actual episode and m so glad that they have not shown rehaan saving Aalia from goons ...Harshad Arora and Preetika Rao are the soul f Beintehaa