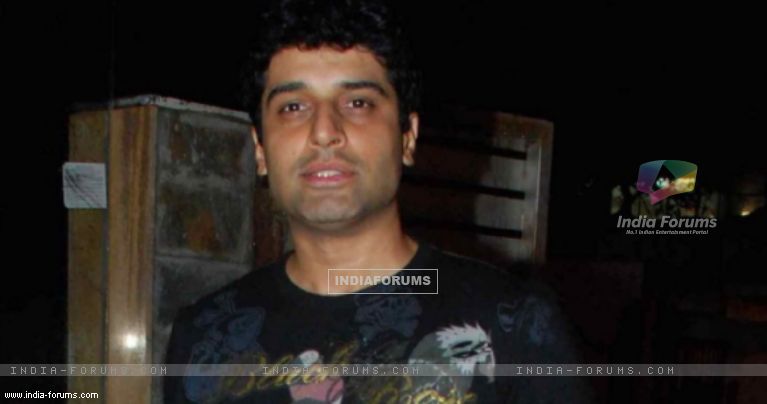 After scaring viewers with his spooky antics in popular shows like Sssshhhhhhh koi hain and Ssshhh. Phir Koi Hai, Shakti Anand is all set to return to the horror genre with the new season of Aahat - The All New Series. The actor says the show will take the genre a step further.

The 39-year-old, who is currently essaying the role of Maharana Udai Singh in the historical drama Bharat Ka Veer Putra - Maharana Pratap, believes that with better sound and visual effects (VFX) "Aahat" -- produced by B.P. Singh -- will scare the audience like never before.

"'Aahat' has received a great response from its previous seasons. This time we have done a different level of shooting. On execution level, there will be a lot of changes. I did 'Ssshhh...Koi Hai' a long time ago. But now we have better techniques -- be it with sound or camera," Shakti told IANS over phone from Mumbai.

"Horror is all about bass sound effects and VFX, which together can scare people. The makers have done a lot of research before getting the show back. Earlier, shows used to lack production values, but 'Aahat' will increase the horror quotient in the genre," he added.

As horror films have witnessed a backlash at the box office in recent times and the genre has declined on the small screen, Shakti feels that it's high time for makers to look to foreign cinema.

Asked why Indian films and shows lack the horror element in it, Shakti said: "Earlier, people used to get scared with all those dirty masks, white sari and other tactics. But now, scaring people requires a lot of background sound and special effects."

"Although (some) horror films have flopped in recent times, it doesn't mean that producers should stop making films under this genre. Youth has started watching horror shows now on a regular basis. They love getting those spooky and eerie feelings.

"Today, we have a very healthy competition with the West. People are going to compare Indian shows to them (those in Hollywood), so we need to be up to that level."

Shakti, who is married to actress Sai Deodhar, feels that if viewers are going to be served with a "good story" and "better visual effects", then the horror genre will elicit a better response.

"'Aahat' saw a decline because they were showing the same kind of story and effects that we used 20 years back with things like 'bhoot bangla', 'bangle ki rani' and 'Aatma'. Today when we see western films, and so we usually laugh at all the past things we used as scary elements," said the actor, who will be seen in the first episode of "Aahat", to be aired on Sony Entertainment Television Wednesday.

The actor also points out at how the Indian moviemaker and showmaker is restricted in his ability to tell horror stories like "The Exorcist" as he also needs to cater to the rural audience. And for that, "they have to keep the storyline simple."

9 years ago Just saw kahani and then it's so amazing how she is so versatile !!! She is one actor we can compare her with smita patil and Shabana Azmi. I used to like rani and Kajol whom we don't see more often now unfortunately ... so Vidya has filled that place so beautifully !!!!!! About the national award for tdp .. I would have liked if she got it for kahani !!!! Tdp was not the movie for getting her acting skills out though she did good job but personally I did not like that movie ... There were lots of talented actresses those days on whose lives they could do movies but silk smitha ????

+ 2
9 years ago just watched ur kahaani and it's brilliant.
i have seen such a great movie sfter 'tare zameen par'

cagurl 9 years ago Well deserved! Keep up the great work. Love all your movies! You are a very talented actor.

9 years ago Congrats Vidya...well deserved one!
Saw Kahaani and you made me forget the Silk of Dirty Picture. You surprise us with every film...Happy for You!

+ 3
9 years ago congrats Vidya & wish u all the best for ur great future.

9 years ago i want amrita rao to win in everything!!!

by the way congrats yaa!

9 years ago Though i like Vidya balan and find her as one of the best actresses in bollywood right now, I do not find her deserving for the getting the national award for TDP..
The role did not have such a scope to emote well...

I feel that the committee should not have gone by the popular actress winning the national award strategy like the other awards...
C'mon there should be some difference between filmfare awards and national awards...

+ 6
9 years ago Congratulations Vidya. Truly Deserving .. Happy for u...