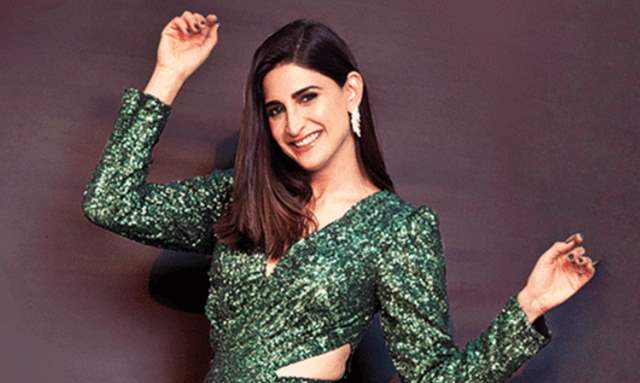 A glittering award ceremony celebrating Asia Pacific’s leading cinematic performances, the Asian Academy Creative Awards through a virtual event, announced the list of national winners of its 3rd edition. Touted as the epitome of success for artists, this award is looked upon by fans across the continent and signifies artistic dominance. In a major coup across the leading categories of this gala, Aahana Kumra bagged the national award for ‘Best Actress In A Leading Role’ for her phenomenal performance in Voot Select’s Original series Marzi.

Ecstatic about her big win at the 2020 Asian Academy Creative Awards, Aahana Kumra said, “When I read the script of Marzi, I immediately knew it would emerge to be a game changer. The character of Sameera Chauhan will always be closest to my heart. This is a milestone win for me and it simply wouldn’t have been possible without the love from my fans and support from the entire cast and crew of Marzi. I would like to thank Rajeev for being a phenomenal co-star, Radhika for penning this marvelous script, Anil Sir and of course Bodhi Tree Productions for bringing this fabulous concept to life. And last but not the least, a big thank you to Voot Select for giving me a fantastic platform to showcase my talent. I look forward to delivering more of such impactful performances and will continue to dedicate myself to each character that I bring alive on screen.”

Based on the novel 'Liar' which is written by the BAFTA and Emmy nominated Jack and Harry Williams, Voot Select’s original Marzi is a crime thriller that follows a web of lies and betrayals through a date night which leaves everyone conflicted on who is speaking the truth.

The series has a rating of 7.3 on IMDB and is an odyssey of the marvellous slate of originals available on Voot Select. Launched on 3rd March, the OTT platform has captivated viewers across all age groups with its diverse content lineup. Voot Select released six originals this year namely Asur, Marzi, Illegal, The Raikar Case, Crackdown and the shot and conceptualized in lockdown series - The Gone Game. Each show has garnered significant ratings from critics and praise from viewers leaving them eager to know the next original which is to be released on the platform.