16th December 2012, a day which none of us want to remember as this was the day when a young girl in Delhi was brutally gang raped and after battling her life for many days, she died an unjustified death in a foreign country where she was apparently sent for treatment. It was an incident which shook the nation and people from all over gathered to register their protest across the nation. Its been one year since the incident now and all the promises of safeguarding the rights of women in India seem to be just promises since we still see so many incidents happening all over and none of the girls feel safe even now.

While the common girl on the roads feels unsafe TellyBuzz quizzed some of our Telly actresses who sometimes have to travel at odd hours too to know whether they feel safe now. Many of our actresses are originally from other cities so we also asked them about the difference being in Mumbai as compared to their respective hometowns when it comes to safety of girls especially during late night. 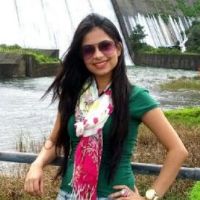 Pooja Singh, who plays Emily in Star Plus' Diya Aur Baati Hum: I won't say that I feel safe completely; since it depends from cities to cities too. Nirbhaya's incident that took place in Delhi where such kind of incidents have taken place earlier too. But as compared to Delhi it isn't that much in Mumbai. Being in Mumbai, I did feel safe earlier. It was a very brutal incident which happened with Nirbhaya which I can't even imagine. After that incident, none of us can feel safe. Too many protests happened against that incident. I am really thankful to the government that the rapists have been penalized which is what they deserve. I thought that such incident won't happen again but then it happened in Mumbai too. I always carry some precautionary safety measures along with me but still I don't feel safe until and unless I enter my house and lock the door from inside. No one can forget that incident which happened with Nirbhaya. If such kind of incidents happen with any girl then it's not her mistake at all and in fact she should feel protected and should be safe guarded completely.


Pooja still feels safe in Mumbai as compared to her hometown Jamshedpur. She says, "I feel Mumbai is much safer as compared to my hometown Jamshedpur. In Mumbai, police is always there till late and keeps patrolling on at regular intervals but in small towns, girls don't go out after 9. In Mumbai we are out till 1-2 at night. So, Mumbai is much safer than any other small town." 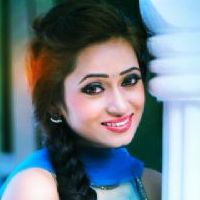 Harshali Zine, last seen playing a cameo of Tanvi in Star Plus' Diya Aur Baati Hum, had recently been a victim of eve teasing while walking down the streets of Lokhandwala. She feels that, "Things have become worst now. We hear of so many rape cases after Nirbhaya's incident. Even I was a victim of eve teasing recently in Lokhandwala so I have completely stopped walking down the roads as I feel very unsafe. I prefer to go out in groups rather than going alone. I have seen auto rickshaw drivers clicking pictures or taking videos of girls. The situation has really become pathetic now. It's high time that the police and the government should take some action against the safety of the women."

Though Harshali is from Mumbai but she has stayed in Ahmedabad for her studies. She feels that, "I have earlier stayed in Ahmedabad for my studies. It was safe back then; I don't know how the situation is there now. I don't feel safe in Mumbai especially after that eve teasing incident which has happened with me. I am planning to keep 2 bodyguards for me now." 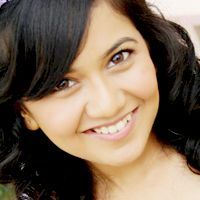 Roopal Tyagi, currently seen as Gunjan in Zee TV's Sapne Suhane Ladakpan Ke: "It's unfortunate that even today I don't feel anything has changed. It had initially created a lot of rage and protests took place. The nation saw anger but the anger was not put to correct use, and I don't see any change, no action being taken. I see no change today as so many rapes have happened even after that incident, so many in Mumbai as well, when Mumbai was considered as the safest city but is not safe either."

Roopal hails from Bangalore and doesn't feel safe in her hometown too as she has been a victim of eve teasing. She says, "Talking about Bangalore it's not safe in any way too as recently I was eve teased and the case of harassment has happened in my vicinity there. I don't feel safe in Bangalore city." 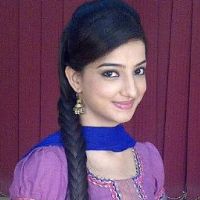 Loveleen Kaur Sasan, currently seen in Life OK's Kaisa Ye Ishq Hai... Ajab Sa Risk Hai set a brave example when she along with another friend of her's fought thugs even as a crowd watched on: "I don't feel safe at all. Recently, I have faced eve teasing in front of a huge crowd but none amongst them came forward and helped me rather they all were enjoying watching whatever was going on there with me as if some movie was happening." 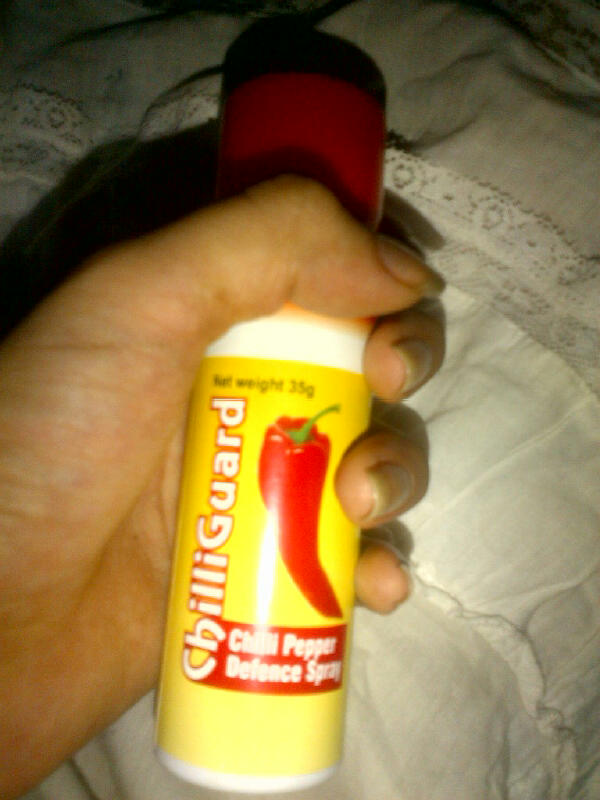 Loveleen, who hails from Jammu & Kashmir feels scared living in Mumbai. She says, "I hail from Jammu & Kashmir and I feel much safer there as no one comes out after 9 pm and everything shuts down after 9 pm. I am very much scared living in Mumbai especially since the time that eve teasing incident has happened with me. This can happen with anyone and even little girls of 5-6 years of age are not safe. I have now started carrying a pepper spray along with me for my safety."

We at TellyBuzz feel that we should not forget Nirbhaya's incident and at the same time gather courage to fight any untoward incident that may happen with you! Stay safe and be on guard!

RoseWine 6 years ago Because Indian Fantasy of Sex as shown in Bollywood Movies with uneducated Taxi Drivers, RickshawWala's, what exactly should be expected? Any fairly attractive girl can walk down the street in India and she will be raped through the eyes of the men that just stare at her while she does what she is there to do..shop, buy clothes, drop children off to school! But as I live in America, I am not saying we don't have rapists we do but because "SEX", and skin are not hush hush things..its not a big deal. India still has a long way to go..educate the POOR!!! And as more youth follow western trends its a change slowly...but too slow! And most of these men are still not accustomed to seeing their Indian Ladies in western clothing that opens up their fantasies!

varsha-sharma 6 years ago My India is better then other countries...I swear all are not rapists... pls don't hurt Indians...every where we can see the peoples who are good and bad both...Nirbhaya incident it shouldn't happened but its happened...this issue become international news bcoz in India we can find this type of cases rare.
But I should agree today the small children's becoming prey to men like arushi case...in arushi case if she had illegal affair with servant that is not her fault..the servant used her for sexual need...instead of killing their own child they could have corrected her daughter they can punish that idiot servant.
In Nirbhaya case it is realy horrible the way culprits done...you can find many of this type of cases not only in city even in villages also...
But pls don't blame its happening only in India...this is happening every where of entire world.
Personally I feel the route cause is decreasing of girls generation and liquor...
Pls don't kill girl fetus and pls ban liquors...
But our government never do this ...why you know they are gaining more money in liquor business...
In future there is plan to open coin booth to open for liquors. If its happen any body can take liquors easily even a eight year child can be go and take wine.
Pls don't let to happen this. We Indians already loosing our repetition in front of other countries. Friends if you want to fight pls fight against root cost...fight against who is spoiling our youths...pls don't let any bodies to speak about our country.

Andromeda001 6 years ago Of course not. Culprits of Nirbhaya ve still nt been punished.

AniD.. 6 years ago Not all cities of india has worst condition..

-Maryam.K- 6 years ago I don't live in india, I live in australia but I normally hear people calling india a rape country thingy!! And apparently I heard somewhere(don't know if its true or not) that in india every 58 minutes a girl gets rapped!!! People in australia gossip a lot about india being a rape country and india has a bad reputation!! I remember before this incident happened people use to say that idia is safe, beaitiful and gorgeous and india had a good reputation but not anymore!!

LimitLessFan 6 years ago Forget Cities, Homes are not safe tho cities kaha sae safe hongi... Every city is facing these issues including villages, some come to light and some just dont. all one can do is pray for their own safety and other gals safety

GoldenLuna 6 years ago even after 1 yr there isnt any change but its getting worst...feeling safe in current situation is quite difficult...

Jaya Saha to be Arrested by the NCB Soon: Report
28 minutes ago

Shaheer Sheikh opens up on getting offers from Bollywood in ...
51 minutes ago

"This NEWS is FALSE, MALICIOUS & MISCHIEVOUS": Nikhil Slams ...
59 minutes ago