Kozhikode (Kerala), Aug 23 (IANS) They have been singing on trains and in other public places to make a living all this while, but now 17 families of street singers in Kerala will find themselves in the spotlight, showcasing their talent on TV.

'VKC Street Light' is a new reality show with a difference - its 100 episodes will not have any competition or elimination. It is being aired on India Vision TV channel here and got off to a flying start Saturday.

'This is certainly unique in more ways than one because the 17 participating families are people who eke out a living singing on trains and street corners and who do not even have a shelter of their own,' Sudheer Ambalapad, a journalist turned ad filmmaker who is directing the show, told IANS.

'By the end of the show, all the 17 families will have a home for them.'

Calicut Landmark Builders have volunteered to build two bedroom houses free of cost for each of the 17 families.

The programme became a reality after Ambalapad broached the subject with businessman V.K.C. Mammed Koya, a former Communist Party of India-Marxist (CPI-M) legislator.

'When I first heard of the idea, I felt really happy (and I thought) let me do something for a good cause,' said Koya who has met the entire production costs of around Rs.500,000.

The show will be telecast weekly twice on India Vision TV.

The selection of families was a tough affair because Ambalapad had to spend a lot of time convincing the singers.

'I used to observe these singers on my journeys and I shortlisted them. And for the past one year I was tracking them and convincing them. Now, after 60 episodes have been shot, many still cannot believe that this is a reality,' said Ambalapad.

Among the 17 participating families are 50 children, many of whom don't have much of a school education because they have to play instruments or sing for a living.

Pushpa, for instance, is a 25-year-old woman who has two small kids and sings on trains. She is a participant.

Kaman Bhai is another participant. He has his roots in Ahmedabad but is a resident of Kerala now.

Interacting with the singers at every show will be leading social figures, film personalities and leading music directors.

'At the end of the programme we are aiming to get in veterans like Ilayaraja, Lata Mangeshkar , K.J. Yesudas and other music greats,' added Ambalapad. 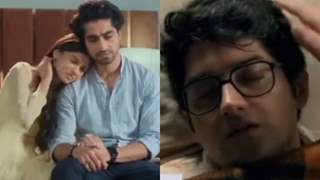