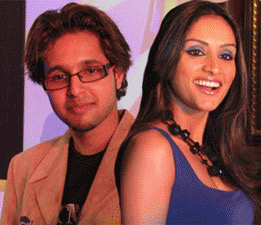 Sources reveal to us, “Sanchita and Kushal Punjabi outdid their last week’s performance to find themselves in the top two along with Raja Hassan and Jasvir Kaur scoring 16 points each. Securing the second place were the two couples Aneek – Shayantani and Abhishek – Sumedha. Not giving a performance up to the mark, thus finding themselves in the bottom two were Purbi and Emon along side Amrapali and Harpreet securing 11 points each.”

Adding further the source says, “Although Kushal and Sanchita scored the highest points and were in the top two but it was shocking to see them in the danger zone along with Purbi and Emon. it was a bigger shock to hear that Purbi Joshi and Emon Chaterjee were ousted from the show.”

+ 8
14 years ago Ultimately there can b only one winner. Wish them al the best for ther future projects!!

+ 2
14 years ago yeahhh..i kinda found them both over cocky for some reason... esp the girl purbi..dont like her... and i dont like jasvir either...want her out..even tho i love raja!

14 years ago harpreet and amarpali should have been eliminated, but seeing who's in the danger zone, then i think emon and purbi are weaker than kushal and sanchita

+ 5
14 years ago This always happens to Emon... it happened in Indian Idol... Prashant should gone but Emon did... n now he's eliminated again!

Well anyways, I have confidence in his talent he'll definately be going places... no doubt!