Zee's Dance India Dance has reached a level wherein the talented contestants have been sweating it out to go ahead in the race. 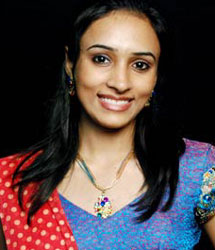 After Rakhi's elimination last week, there is a shocker in store for audiences this week, as a very talented contestant from Remo's team goes out.

According to our reliable source, "Bhavna Purohit will get eliminated this week, and this marks an end to the so-called rivalry on the show between the Purohit sisters, Bhavna and Khushboo".

"The sister duo from Gandhinagar have always exhibited feelings of rivalry when it came to bettering the other in their performances. But it came as an ultimate shock when Khushboo burst into tears after Bhavna's name was announced", adds our source.

After Remo, it is now the chance of the other mentor Terrance Lewis to celebrate his birthday with the Dance India Dance team. "The contestants and the whole unit sung songs to wish Terrance on his special day. Mithun Da gave Terrance a special birthday gift in the form of a diary. The mentor who is a strict master always has the habit of noting down the good as well as bad points of contestants in his notepad. After the shoot gets over, Terrance is always ready with his list of feedback on every contestant. Hence, Mithun Da chose to gift him a diary", explains our source.

Saturday's episode will see a romantic performance coming from the hosts, Jay Bhanushali and Soumya Tandon and of course, Terrance Lewis.

Watch all the action on Dance India Dance this Friday and Saturday at 9.30 PM on Zee TV..

babigrrL46 11 years ago sheesh as episodes were going by she kept getting better..she was amazing..& her last performance was the best ! i loved it..she makes us ladies look good :) a tear just shedeed from my eyes..seeing khushboo cry made me cry more ! lolz..shez so cute..both are..bhavna is just awesome =/

Sanju_ 11 years ago i cried when bhavna was eliminated....she was one of my fav...so sad.

.FunLuvingGirl. 11 years ago I think bhavna performs way better than khushboo
she can perform any form of dance..
and I am her fan right from the beginning when I saw her audition in gujarat..she is an excellent dancer..
I dont think she deserves this..

universe 11 years ago Its competition..so one of them has to be eliminated; besides all are equally talented and best dancers. I wonder why people are saying all kinds of things to Remo. The decisions are made by the public. We would be shocked if anyone gets eliminated..All are so good!!!

phadukaran 11 years ago good for Remo, bad for Bhavna, This is what remo gets for Playing unfair game and manipulating with peoples mind with Emotional Atyachar he is been throwing. I say next should be SALMAN (not that i want him to go, but....) Remo should learn from all this, that playing dirty game doesn''t help

-tanya- 11 years ago Aww, I liked Bhavna..well Happy Birthday Terrence, the other cutie in the show..ahahaaa!!!

ShellyB 11 years ago yeah it is shocking, bhavna was 1 of da strongest female contestants, n der is no rivalry between khushboo n bhavna, dey''re really tight