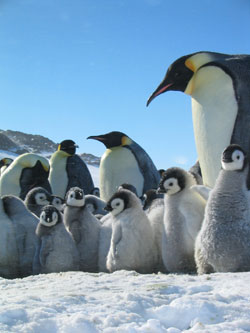 Featured Video
National Geographic Channel, one of the most informative channels on television, presents the Indian television premiere of the Academy Award winning documentary, ‘on Sunday, May 27 at 8 pm. This critically acclaimed documentary, narrated by Bollywood superstar, Amitabh Bachchan, presents a glimpse into the life of the Emperor Penguins. Apart from the coveted Oscar statuette, the documentary has won numerous awards, including a Cesar for Best Sound 2006 and a BAFTA nomination for Best Cinematography and Editing 2006.

The film follows a flock of Emperor Penguins as they embark on a truly remarkable journey in the pitiless ice deserts of Antarctica in search for their love, deep in the most inhospitable terrain on Earth, a journey which has taken place for millennia. Braving icy winds, freezing temperatures and starvation, this is an incredible true story of the quest to bring new life into the world. 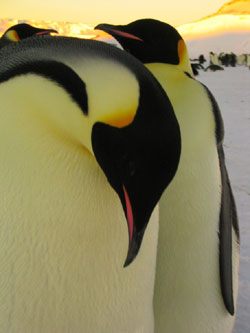 Vice President-Marketing of National Geographic Channel Rajesh Sheshadri says, "" takes you on an incredible journey of the Emperor Penguins as they march under the most impossible conditions to find their mate. With brilliant cinematography, editing and a poignant narration by none other than Amitabh Bachchan the film will surely strike a chord with our audiences".

The website includes an interesting trivia about the film, Emperor Penguins, and their journey. It also includes games like Save the Egg, downloadable Penguin images, as well as an interesting contest - 'How far have you gone for your love?' To enter, just visit the website for more information. The wackiest entry wins a trip for 2 to the romantic place in the world – France.

15 years ago Thanks..IF not mentioned here i might haved missed..!!

15 years ago Sound good! Wish they shown in UK on same date.

15 years ago WOW. I have ben waiting all this time to see this documentary. But 27th seems a bit too heavy with HP and LRMB already lined up. But I wont miss anything concerned with Big B. His voice is just magical. Great article. Will catch the premiere for sure

and anything with the Bachchans ROCKS!!!

15 years ago Thanks, Mr. Bachchan is gifted with a fabulous voice, perfect for narration. I love Penguins, they are such interesting animals and they are a example to humans when it comes to be faithful..hehe.

+ 4
15 years ago Wow I am looking forward for this movie. It will be so beautiful to see the love story of penguins and the narration is by Amitabh Bachchan is like the icing on the cake.

+ 13
15 years ago Thanks Natasha for the article will try to catch the show. And thats great to know that the narration is by none other then Mr. Amitabh Bachan.

Will definitely try to catch it.