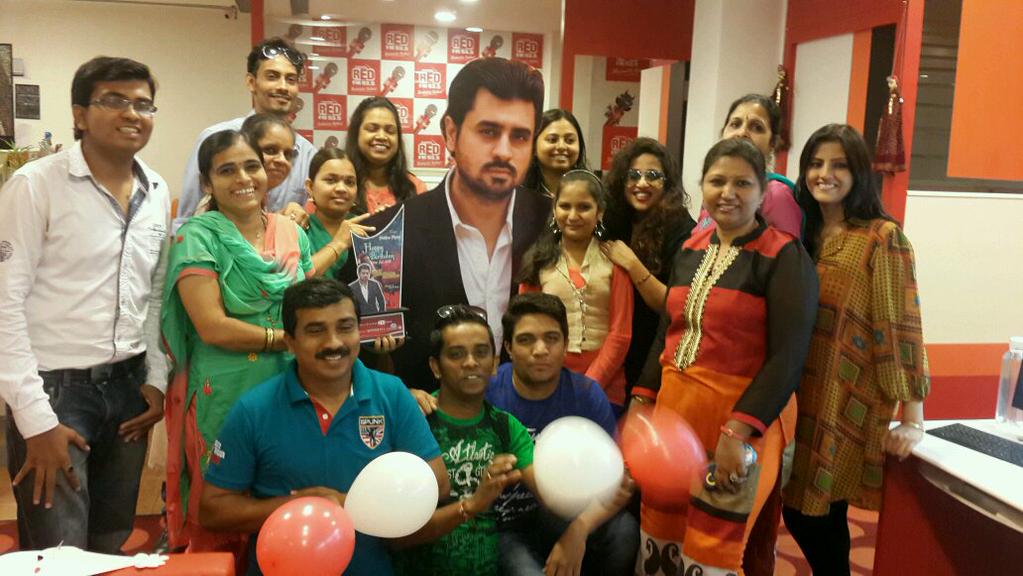 Pritam Singh who is a well known Radio Jockey and currently seen as one of the contestants in Bigg Boss 8 on Colors, recently got a nice surprise from his colleague as well as good friend Malishka Mendonca.

Pritam's immense popularity drove these fans to wish him and he is winning viewers' heart with his stint in the popular reality show Bigg Boss 8.

We got in touch with Malishka to know more about the celebration and she said, "Well my My Morning No 1 show became Pritam's birthday morning because my studio was filled with Pritam's fan who wanted to wish him and celebrate his birthday. Pritam's wife and his parents also came to our studio. Pritam's wife, his listeners and I conveyed best wishes to Pritam through a voice note. Later in our studio we placed a huge cut out of Pritam's photo and them Pritam's wife cut a cake."

"Lastly, I would like to give my best wishes to Pritam and wish him all the luck for the show," Malishka concluded.

6 years ago That's such a sweet gesture for a sweet contestant - our Pritam Pyaare...
Pritam is the most amazing and real contestant of BB8...Hope he wins..

6 years ago pritam pyaare is best.. we luv u pritam singh