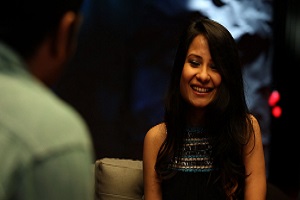 A relationship consists of two people and if any one person is not dedicated and loyal enough, the relationship is not worthwhile. Bhaswanti, a simple girl from Delhi experienced an unfortunate occurrence that she had never even expected in her wildest dreams. Bhaswati along with her boyfriend, Udit were going for their friends - Arya and Dushyant's wedding in Goa along with other friends, Bhoomi and Mihir. Little did she know that the journey itself will turn her world upside down.

While everyone was excited about the trip, Bhaswati fell ill a week before leaving for Goa to celebrate the couple's much awaited wedding. However, the night before they were leaving, Bhaswati took heavy medication as she wanted to be present for the trip. But Bhaswati noticed something rather different about Udit and things didn't seem fine. During the journey, Bhaswati observed Udit's inclination towards Bhoomi which got her suspicious and led her to doubt him. When she confronted Bhoomi, Bhaswanti discovered appalling realities which left her stunned and heartbroken.

Udit's exposed reality was way beyond Bhaswanti's imagination! Was Udit actually cheating on Bhaswanti with Bhoomi? Will Bhaswanti take her revenge?

Inside Sara Ali Khan’s vacation; check out pictures from her Jungle ...

Bigg Boss 14 contestant Sonali Phogat gets emotional while meeting her ...

Disha Patani is Breaking the Internet with her dance cover of Cardi ...