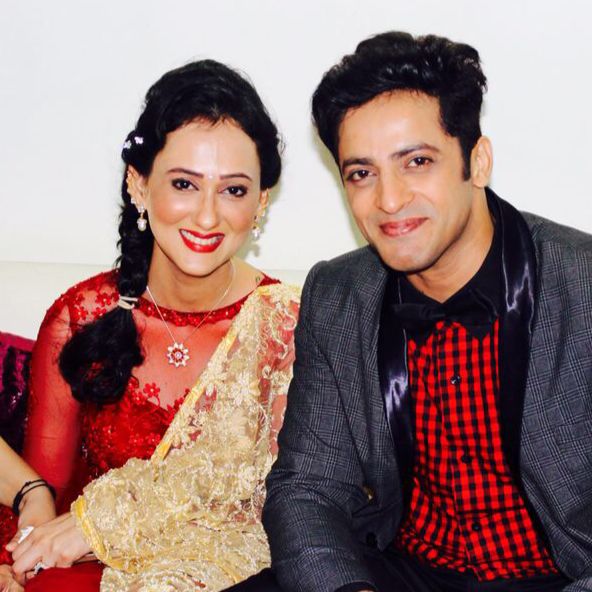 Gunjan Walia who has acted in a few TV soaps is all set to wed to her beau Vikas Manaktala. Yes you all heard it right! Gunjan who kept her relationship under wraps for quite sometime now, opens up about the roka ceremony which happened recently.

Here is Gunjan sharing her happiness -

Extremely elated Gunjan says, "Vikas and I have been best of friends since two years. Vikas has never admitted about his love for me until one morning I woke up with a surprise where he had admitted in media that I am his soul mate. That was like a huge surprise to me and I was like 'Oh My God!' Next morning when I woke up, he was at my place. He wanted me to read something that he had written which was something like a poem. In the poem he wrote how important I am in his life and in the end he proposed to me for marriage. He just shut my eyes and went down on his knees and gave me a commitment ring. I was just blabbering for half an hour - forty five minutes; I was just talking, didn't know what to say. And then finally Vikas is like 'I am on my knee since a long time...Please answer is it a yes or a no.' I cannot explain in words what I was feeling at the moment. And then in no time I get a call from my parents and they are like we have booked your tickets and fly down to Delhi. I thought they might be upset of whatever is written in media and stuff. But when I reached home, my families and friends surprised me with the roka ceremony. I was just at the receiving end.  It was just a fairy tale to me.

I would like to tell Vikas that you have really made my faith in love stronger. You have made my life blissful so Thank You. And yes, thank you Vikas for making me a part of your wonderful family."

If our sources are to be believed then the duo will get married in the first few months next year.

Well, TellyBuzz wishes all the good luck and wishes to Gujan and Vikas.