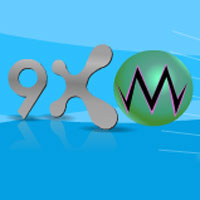 Featured Video
homes, who can now enjoy the innovative and world class programming of the channel. As is well known, 9XM presents full length videos of the latest chartbusting Bollywood songs interspersed with some of the most wacky, humorous and light-hearted fixtures like Bakwas Band Kar featuring Chote and Bade, along with Bheegi Billi and The Betel Nuts. Unique elements like these, along with its innovative and world-class musical packaging have made 9XM the homepage of all Bollywood music lovers ever since it first appeared in October 2007.

Vikram Kaushik, MD & CEO, TATA Sky Ltd., said, "TATA Sky prides itself on delighting its subscribers with the best channels and other content across all genres, and we are delighted to welcome 9XM, the world's biggest Bollywood music channel to TATA Sky. I am sure our subscribers will welcome 9XM in true digital quality to their homes."

Indrani Mukerjea, Founder and CEO - INX Media, says, "We are delighted that 9XM is now available on TATA Sky. We are confident that 9XM will receive the same kind of positive response from TATA Sky subscribers that it has received from Television lovers all over, which has made it the world's most popular Bollywood music destination."

9XM, which became available on TATA Sky from 14 February, 2009, is now available on all of India's six Digital Multi-channel DTH platforms – Prasar Bharati's DD Direct Plus, TATA Sky, BIG TV from Reliance, Sun Direct, Airtel's Digital TV and dishtv, which together, reach 20 million homes with over 112 million viewers. Significantly, now, both channels of INX Media, 9X and 9XM, are available on all DTH platforms in India.

9XM, launched in October 2007, has raced to the Number One position amongst all music entertainment channels, and today is the world's biggest Bollywood music channel, having enjoyed an unchallenged leadership for 65 weeks running (CS 4+, HSM). Among the youth segment, in the last 10 weeks (CS 15-24 yrs, HSM) 9XM has averaged 50 GRPs, way above MTV (40), Channel V (11.6) and Zoom (27 GRPs). 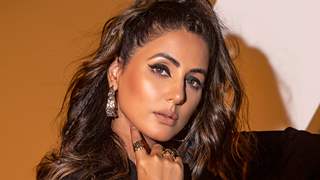 Hina Khan to attend the UK Film Festival, talks about her dreams that ...

13 years ago I used to like B4U music, but now 9XM is my favourite!

As much as the music, I like their animated characters - Bheegi Billi, and Bade and Chhote are my favourites! hehehe!

The best line of them all is Bade''s BAKWAAS BANDH KAR!

+ 4
13 years ago i was having this channel but when i seached again it losted by mistake!

+ 2
13 years ago great news! just love this music channel soo much i love teh songs they air its amazing and i hope taht 9x start airing KDMH back very sooon!