The latest buzz in the telly town is that 9X, Hindi General Entertainment channel is all set to bid adieu to its audience. If sources are to be believed, the shows on the channel failed to generate good TRP’s, and thus investors have pulled their hands off it. 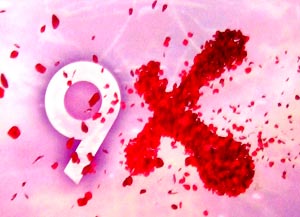 A tabloid reported recently that a general entertainment channel will soon be taken over by a big production house, without mentioning any name.

“9X has got only few months in hand to prove it self or else the channel will either be scrapped or taken over by some other production house,” informs our khabroo from the channel.

The source adds that, “Balaji Telefilms is planning to take over the channel, but nothing has been confirmed as yet. Ekta is very tight lipped about this issue, and so is Indrani Mukherjee, the Founder and CEO of INX Media.”

No official body from the channel is ready to divulge any information. “It is all crap news,” is what we got in reply.

Shows like Kismet Ka Khel, Chak De, Jalwa Four 2 Ka 1 were unable to grab the attention of audiences. “There are chances that the channel may revamp its programming system, but again there is no conformity on this,” adds the source.

Earlier it was reported that Ekta’s Mahabharat will be ending soon. “Then the production house came out with a press conference stating that its all rumor and the show will see a proper ending.” But now, it is heard that the show will wind up early next year.

Chak De and Kissmat Ka Khel will be the next ones to be pulled off air. Again if sources are to believed, Jalwa will also see its end soon.

So now let’s wait and watch what happens next…

rojmal1 11 years ago What will happen to Remote Control? It is a great serial. Hope I get the answer from someone.

radhika_21 11 years ago its an okay channnel but i really hope ekta does not take over!

Surbhi_rox 11 years ago 9X is a totally bakwaas channel, dey should surely close it!!

-Nymphadora- 11 years ago i dunno but (x wasntb that a great channel any way!1

SamLuvsSaRun 11 years ago The channel will die eventually even if Ekta taes it over..Its better now I feel...

lipshaa 11 years ago TFS...
If balaji will take over this channel that kyunki will be return on it as rumurs said...

-Preeti- 11 years ago thanks for sharing