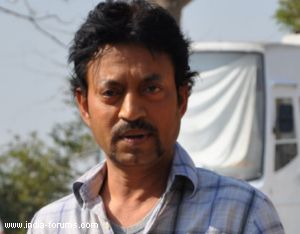 Acclaimed actor Irrfan Khan says filmmakers are yet to realise the full potential in 3D as a format, and believes Ang Lee has used it well in "Life of Pi".

"'Life of Pi' is a very difficult film. It is based on a very complicated, interesting and intelligent book (of the same name). Ang Lee has done 3D for the first time and 3D is a new baby, who is still growing up," Irrfan said here.

"We (Indian filmmakers) don't know the potential of 3D yet. It is untapped," he added.

Irrfan, whose work in "Paan Singh Tomar" was widely appreciated, plays grown up Pi, the lead character, who gets stuck on a boat with a Bengal tiger in Lee's movie.

The younger Pi is essayed by Indian child actor Suraj Sharma, who has no previous acting experience.