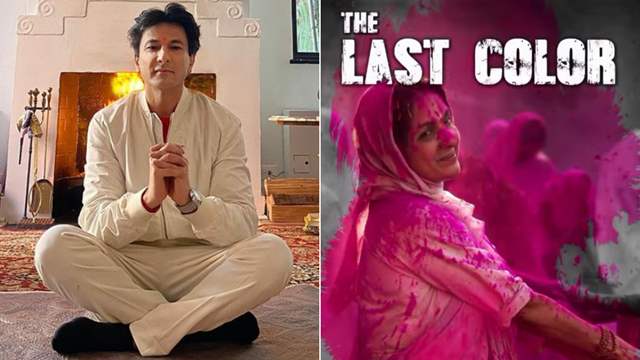 Celebrity chef Vikas Khanna surprised one and all as he donned the director’s hat for the new film ‘The Last Color’ starring Neena Gupta.

The film released a few days ago on an OTT platform and has been on the receiving end of good reviews. However, Khanna had taken to social media to express his displeasure over how outsiders are not welcomed in the showbiz.

And now, Vikas Khanna has exposed the reality of paid critics as he shared a conversation wherein he was asked to pay money in return of good reviews for his film. “3 lacs for 3 Stars, 4 lacs for 4 Stars. Not forgetting this communication until death” he tweeted.

Reacting to his tweet, filmmaker Vivek Agnihotri shared his views as he commented: “It’s a very corrupt world. Just don’t bother. Keep shining with your creative work. More power to you Vikas.”

National Award-winning filmmaker, Apurva Asrani, too had a similar story to tell as he shared Vikas’s tweet and wrote: “I have been getting calls saying if I want an interview or a story about the success of my new show, I need to pay x or y amount. It wasn't like this is in the past. If you did a good job, the press covered it.”

Previously, Vikas Khanna had sided with actress Kangana Ranaut who often takes potshots at the film industry. He had tweeted saying: “When I used to hear @KanganaTeam speak ab this issue of critics & favoritism & nepotism it used to hurt my heart. But today I experience it first hand. Minions won't let outsiders enter even if they put their heart & soul in craft. It's painful to hear "Pay or we'll destroy you.”

In another tweet, he added: "While many critics are asking for money or they will give me 2 Stars or destroy my movie or not give me AWARDS, I ONLY care for my viewers and not reviewers. My Award is YOUR love. Pls watch #TheLastColor on Amazon Prime."

Speaking about The Last Color, Neena Gupta plays the role of a Hindu widow and how a nine-year-old tightrope walker adds colour in her life. The film is streaming on Amazon Prime Video.