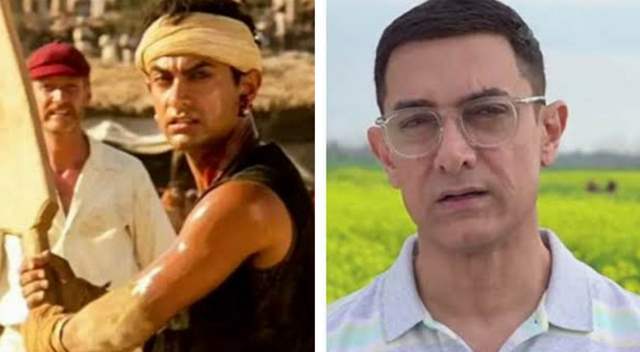 If there is one film that has immortalised filmmaking in India forever, it has to be the iconic Lagaan. The magnum opus had its share of ups and downs when it was being made but once it was released, it went on to become a cult classic. Now, here we are, 21 years later when the film has completed over two decades and continues to resonate with one and all even today.

And as today marks the day when Lagaan was released 21 years ago, it called for a moment of celebration for one and all. This special day called for the entire team of the film to reunite and celebrate it at leading man, Aamir Khan's house.

As one would also remember that last year, the film's cast and crew and had a virtual reunion as the film completed two decades. Lagaan became  the second only film apart from 'Mother India' in India’s history to receive an Oscar nomination for Best Foreign Language Film.

In an interaction last year, Khan had revealed that he dedicated the movie to the efforts of his ex-wife, Reena Dutta.

On the current work front, Khan is prepping up for the release of Laal Singh Chaddha, which is his first film in three and a half years after the debacle of Thugs of Hindustan. Laal Singh Chaddha is the official remake of Forrest Gump.

5 months ago This movie might have been somewhat tolerable, if they had left that awful, cringeworthy, and unbelievable love story with a white gal out. The fact that it was sent to the Oscars was way beyond me. Indians can, and should create better stuff. Watched this once, and never felt the urge to watch it again.