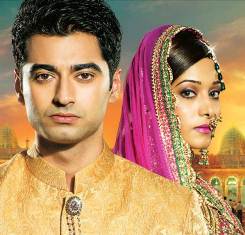 The mystery of the haunted Bawdi is getting deeper and deeper day by day as the track in the show is about to unveil the mystery of Suraiya's past in Fortune Productions' Beintehaa on Colors.

In the ongoing episodes of the show, the viewers have seen that the mysterious women's shadow roaming around the Bawdi has been revealed who is none other than Suraiya (Suchitra Pillai). Now the mystery and drama will intensify more in the upcoming track of the show.

Our source says, "In the upcoming track of the show, Aaliya (Preetika Rao) would be worried thinking about what Suraiya was doing at the Bawdi in the middle of the night while Zain (Harshad Arora) thinks about the man who ran away from the hospital. After a little argument, Aaliya and Zain toss a coin to decide upon which issue they would work upon first. On winning the toss, Aaliya decides to go to the Bawdi at night. Aaliya first decides to go alone after Zain refuses to accompany her but later he too joins her. On reaching the Bawdi, Zain and Aaliya find a very old blood stained clothing of a child."

When contacted Harshad Arora, he remained unavailable to comment.

aisha2080 6 years ago So promissed myself not fall in love with a tv character and here I am again drooling over Zain and Aaliya. I seriously need to get a life!! Ufff these two are dominating my day.

Naimah146 6 years ago looking forward to this weeks episodes, this tracks getting more and more interesting waiting to see how it unfolds love harshad arora and preetika rao

Harshad and Preetika are doing a fantastic job.

pinkeye 6 years ago Looking forward to this week's episodes of Beintehaa.

Hope it answers few questions regarding the bawdi track.

Harshad and Preetika are perfect as Zain and Aliya.

Bibigul 6 years ago Looking forwards for the upcoming episodes :) loving the show very much -getting interesting day by day :)

thecraze92 6 years ago I am loving the intense track! Love Harshad and Preetika!

mazkachazka 6 years ago this show just keeps getting better by the passing day!! harshad and preetika and the whole BI team!kudos to ya