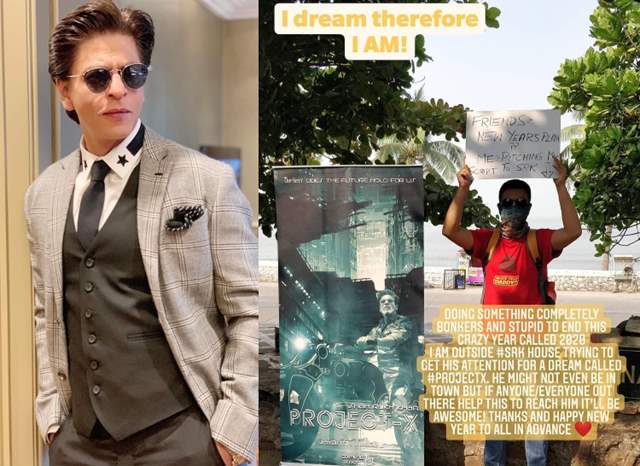 It’s no surprise, Bollywood superstar Shah Rukh Khan’s fan-following crossed the Indian borders a long time ago and the actor has etched his name in the history of Indian cinema. The actor’s famous sea-facing bungalow - Manant witnesses thousands of fans waiting for the glimpse of their favourite star.

Once again, the infamous bungalow saw a person wanting to achieve his dream of casting SRK in his film. Recently, a Bengaluru based filmmaker, Jayanth Seege made a rather unique move as he flew down to Mumbai and camped outside SRK’s residence.

The young filmmaker has been regularly posting updates on his social media about what he’s been up to. Four days into his trip, Jayanth is enjoying his time by the beach while he awaits SRK’s response. Obviously, getting in touch with SRK isn’t an easy task.

As always the internet is helping Seege reach out to the star and netizens have been promoting his posts incase SRK sees them and responds to the filmmaker’s wish.

It seems Jayanth Seege came prepared; as he has also made a poster for the film with SRK in it and has titled the film, Project X.

Without a doubt, the 55-year-old actor is one of the most sought after actors in B-town and the new generation of filmmakers have been waiting to work with him.