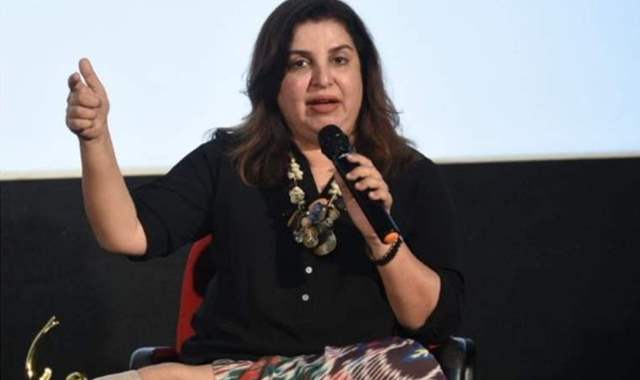 Bollywood celebrities often fall prey to online slamming and trolling. Many times the trollers go to the extent of making fun of actors' children and their family. In such cases, many celebs chose to ignore while others go the other way around and give it back with a bang.

And Farah Khan is one among them!

The choreographer and filmmaker is known for speaking her mind. She never backs off when it comes to giving witty and blunt replies.

She recently visited Arbaaz Khan's show Pinch and there she gave a smashing reply to people calling her fat lady and addressing her children as thin kid.

In the recently released promo, Farah can be seen reacting to various trolls and nasty remarks by online users.

When a user tried to mock her children for being slim, the director said,

"You take care of your kids, I'll look after mine."

Khan framed the trollers as hypocrites and she doesn't take them seriously.

"You take care of your kids, I'll look after mine"

Further, she can be seen confessing that she blocks users that troll her for her dud directorial Tees Maar Khan by saying,

The lady further spilled her angst against trollers by saying,

Farah even addressed the burning issue of Nepotism by asserting,

"Even though you talk about nepotism and all, but you still look up to pictures of Shahrukh's daughter or Kareena's son."

Apart from this, Farah also shared a funny anecdote where she compared singer Ed Sheeran's songs with funeral songs.

The previous six episodes of QuPlay's Pinch have made headlines for some hardcore revelations, and candid confessions. However, the upcoming episode of the show will be wittier, blunt, and frank as choreographer-director Farah Khan joins the bandwagon of guests.