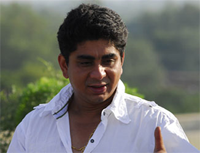 Rajan Shahi’s Yeh Rishta Kya Kehlata Hai has been waiting in the wings for some time now, but the good news is that the show will be launched on January 12th, at the 9.30 pm slot on Star Plus, thus ending the successful one hour run of Sapna Babul Ka Bidaai.

“From January 12th, Bidaai will go back to its original half an hour slot, while Rajan’s new show will be slotted at 9.30pm”, says our source.

“Yeh Rishta.. , like Bidaai will have two girls as protagonists. The new faces coming to the limelight with this show are Henna Khan and Pooja. The cast will see a good mix of established actors and new comers. Sanjeev Seth, Lataa Saberwal, Amardeep Jha, Vinita Mallik will be seen playing important roles. Like Bidaai, Yeh Rishtha will also see few cameo appearances, wherein two established male actors have been chosen for the roles. The story has been written by Rajitha Shrama and Romesh Kalra, Director of Bidaai will now be the Series Director for the new show”, explains our source.

We tried calling Rajan Shahi, but he was unavailable for comments as he was busy with last-minute promotions for the new show!!

+ 3
13 years ago omgggggggggg i was waiting for this show.finally its starting so happy..i m sure thsi show wil rocks maybe it wil take some time maybe 1 month but its gonna rocks for sure..Thanx Rajan jii

13 years ago looking forward to it, but don''t want the hour long episodes of Bidaai to end...

13 years ago i want kasturi back at same time....tis s irritating

13 years ago have looking forward to this show for a long time and now it is getting launched on jan 12th .am sure it will be a wonderful show

+ 2
13 years ago looking forward for this show, but yeah baidaai for a hour will always be missed

+ 9
13 years ago Looking forward to Rajan''s show. I love Bidaai & have huge expectations from this new show. I hope it''s as successful as Bidaai. Wish Mr.Rajan all the best!!

13 years ago if this show too has two female protagonists then why is only one lead being promoted more than the other...id thought the show had only one lead girl seeing the promos.....neways....wish them the best of luck for a grt future ahead.....

+ 7
13 years ago I am looking forward to the next show... Have loved Bidaai and this new show has huge expections indeed.... Rajan Shahi''s director''s Kutt is indeed excellent and gave such a good product with complete entertaining package like Bidaai...Thanks for the article... Though am addicted to Bidaai and even 1 hr seems less for many but never mind....All the best and good luck Mr. Rajan