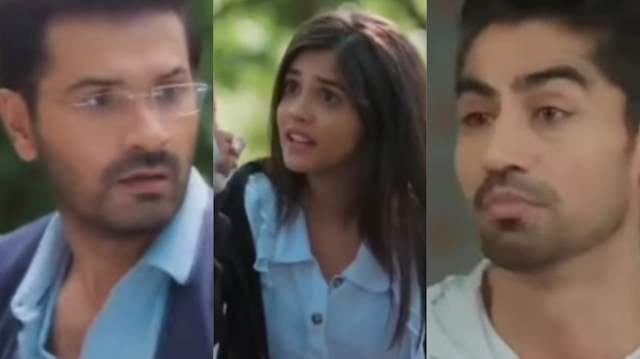 Star Plus show ‘Yeh Rishta Kya Kehlata Hai’ has kept the viewers on the edge of their seat with the intriguing story. Abhi has reached quite close to meeting Akshara. Kunal is trying hard to prevent Akshara from meeting Abhimanyu.

In the upcoming episodes, Kairav reach Jaipur and hides his face. Akshu tries calling Kairav but in vain. Abhimanyu waits at the hotel and wants to enter the hotel. Maya states that she wants to meet her fans as that’s why she always wanted to become famous. Akshara gives her a reality check. Abhi hears that fans are entering the hotel to meet the contestants of the event. Abhi enters as fans and sees Maya. Maya takes the credit of the song and oblige for pictures with fans. Later, Abhi talks to Maya and states that he knows that the voice doesn’t belong to her.

Abhi calls Aarohi and asks about Akshara. She tells him that she isn’t aware about her. Aarohi calls Mahima and informs her that Abhi had called to enquire about Mahima. Mahima gets happy with Aarohi passing on information to her and asks her to keep an eye on Abhi and his family members.

Akshara and Kunal go in the car. Abhi meets with an accident. Akshara shouts his name and tells Kunal that Abhi is in danger. She sees him and asks Kunal to stop the car but he denies. Akshara shouts at the driver to stop the car. Kunal tells her that he will get medical aid for Abhi but Akshara gets adamant to see Abhi. Kunal stops her but Akshu slaps him and goes to see Abhi.

+ 5
2 months ago Harshad Chopda is brilliant in emoting every emotion...His madness and craziness as Abhimaniyu Birla is top notch!!!Waiting for Abhimaniyu to expose Maya on Stage and give tight slap to Kunal Khera!!!