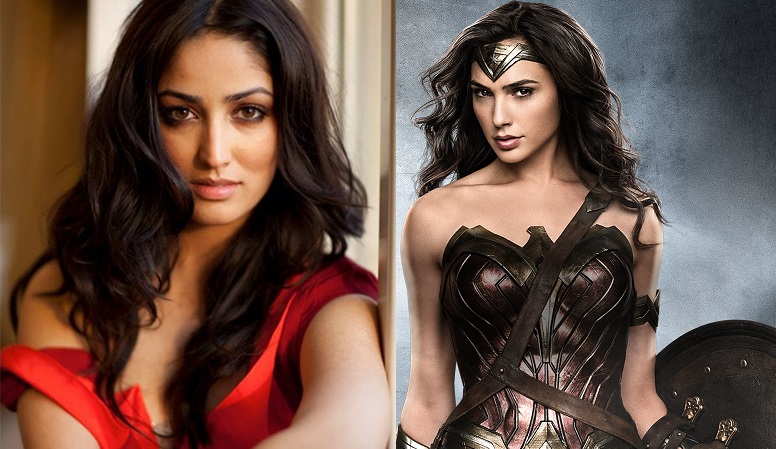 Yami Gautam is a self declared fan of the Super hero character Wonder Woman, which is clearly visible on her social media as she posted a picture wearing Wonder woman shoes.
While the world is gushing over the Jordanian beauty Gal Gadot as she brings to life the DC Comic character Wonder Woman on celluloid, our own Yami Gautam also expresses her love for the fictional character.
Yami Gautam flaunted her admiration for the superhero flick as she turned up for the film in shoes with the signature Wonder woman outfit colors.

The actress smitten by the DC Comic character, took to her social media to express her love for the same as she posted a picture of her Wonder woman shoes with the caption, "In #WonderWoman shoes going to watch her do wonders on screen with popcorn in my hands!! #BigFan @gal_gadot"
The actress was currently seen enjoying a family vacation in Maldives.
0 Likes

Mohena Kumari Singh Finally Steps Outside After Dehradun Gets An ...