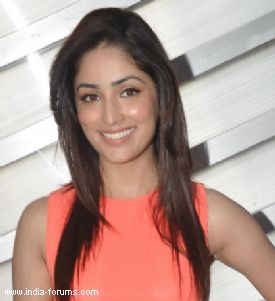 Actress Yami Gautam says she can relate to her character in her forthcoming film "Total Siyapaa" because she has experienced the same situations in real life.

"I think in terms of situations and gravity of the problems, I am little closer to Asha," Yami said Sunday here while promoting her film.

She says there are days when you think "today everything will be perfect" as "I have planned everything. I will get the guy to meet my mom, will do this and that... will have everything under my control, but eventually everything happens just opposite."

"So, I have had these situations and I know how it feels at that time," added the actress who bowed in Bollywood with "Vicky Donor".

However, she feels unlike her, Asha is over-confident.

"Asha is a bit over-confident. You would have seen in the teaser that how cleverly she tells only half-truth to her mom that he is a Muslim. But she keeps the other part of the story hidden," Yami said.