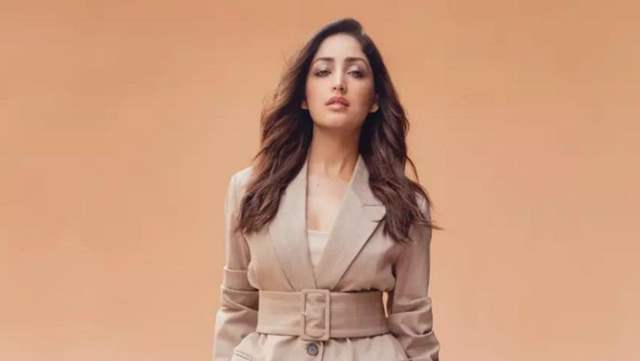 Every actor's life comes to a point when one of their performances hits a particularly emotional note. Yami Gautam, a dynamic actor, has had a similar experience with her most recent release, A Thursday.

On the occasion of International Women's Day, Yami wrote an open letter in which she made a sincere appeal to help eradicate sexual assault. The actress posted the note to her social media accounts.

The actress received acclaim for her outstanding performance in 'A Thursday,' her latest hostage thriller. Yami played a playschool teacher who kidnaps 13 children and holds the city hostage for ransom.

Her character is shown to have been sexually abused as a child. Yami had a strong connection to the film's content and helped raise awareness about this social issue.

While doing so, the actress had joined hands with two NGOs that work towards empowering women and rehabilitating women who have suffered sexual abuse. This is truly a noble step to assist the ones who have suffered abuse. With such a fantastic step, Yami has set an example for all of us on how we too can step forward and contribute to make this world a better place for all of us.

Yami's interesting lineups ahead include 'Dasvi' alongside Abhishek Bachchan and Nimrat Kaur and 'OMG2' featuring Akshay Kumar and Pankaj Tripathi and a few unannounced projects.

5 months ago First of all people need to end the "religion-culture" lie an accept the reality, that abuse happens everywhere and victims and victimizers can come from any place & social level. Accepting there is a problem is first step towards finding a solution.

5 months ago Sending aid is not going to end sexual abuse to the victims, proper education must be given to the masses - of both sexes. Abuse is not just for females but there are many men who face it as well. Sexual education shouldn't be a taboo. Its commendable she's helping the suffers but lets keep the reality a reality.

+ 9
5 months ago what ever we try the change should come from every human being .. irrespective f caste religion gender.... respect each other,