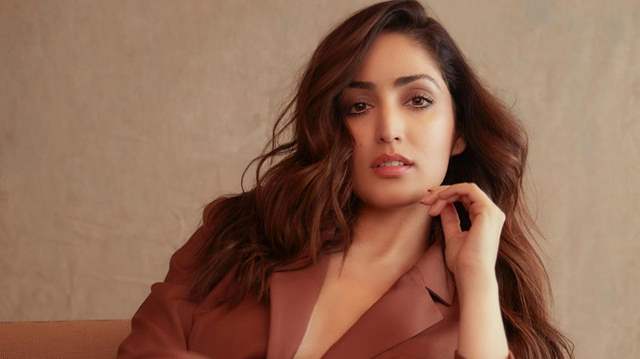 Yami Gautam is basking in the success of her most recent flick, 'A Thursday.' She portrayed a compelling character in the film, and her performance wowed the audience. She appeared in a never-before-seen avatar. ETimes recently had a chat with the woman of the moment, in which she discussed the popularity of her film. She also explained why her family was moved to tears after seeing her in the film. She also revealed details about the sequel and her collaboration with NGOs that help rape victims.

She was asked if she had any second thoughts about doing the film because, with the exception of URI, her characters have always been happy-go-lucky, and if she had any concerns. Yami remarked that she believes fans and audiences are interested in seeing what they can do as actors and how they keep shifting gears as actors. If they see her in new roles, diversified roles every time, she is confident that people who follow her work will want to see her in multiple positions, every time. That's something she'd like to do.

She went on to say that there was a period when she was definitely caught in a bracket, but that time has passed. And now she's in a position where, happily, she has certain possibilities to truly explore and put out there the kinds of performance-oriented roles she wants to do, and directors can have confidence in her.

When asked about her family's reaction to the film, Yami said that

"they loved it and they got very emotional. I remember emotional, by not just what the film was about, but the fact that it took me almost 10 years to get this kind of role and to do something, to do this kind of performance, to get an opportunity like this, it took me so long".

A Thursday is written & directed By Behzad Khambata and produced by Ronnie Screwvala.