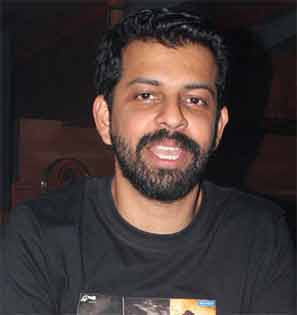 Bejoy Nambiar started his career in direction with Hindi movies "Shaitan" and "David" but the filmmaker, who hails from Kerala, is keen to jump onto the southern films bandwagon.

"It's a very interesting industry, but my favourite is Tamil industry. There is a wide range of films, right from mainstream blockbusters to independent films, both work. That's a industry I would love to mirror over here and hopefully we see more films like that happening here," said Nambiar, who is gearing up for his next release - "Pizza" - coming out July 18.

"If a good subject comes, I would love to jump there (southern filmdom) as a producer and director. I am trying to jump into different genres," he added.

If Nambiar rates Tamil as the best among others, he also feels that the Malayalam industry is now picking up.

"Malayalam industry is going through a weird phase and now it's kind of picking up. New talents and new vision and ideas are coming in.

"In the last five to six years, it has picked up and I think in the next four to 5 years, I am hoping something interesting happens."