View Profile
Aamir Khan definitely has a notch for the unordinary and here he is again, trying to accomplish the unaccomplished, this time between long running enemies - Shah Rukh Khan and Salman Kha 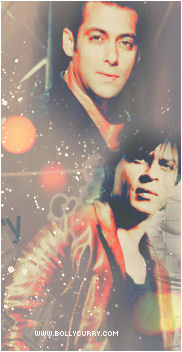 n!
Aamir, who is candidly known to be a good sport, wanted the other two super-Khans to settle out their difference long before but unfortunately plans went amiss and consequently the peace flag never flew. It was then that Aamir decided to bring Salman and Shah Rukh under one roof again at his dear bhanjha Imran Khan's wedding reception, which will be held at the Taj Lands End on February 5th 2011.
For the unknown, the ugly face off took place at Katrina Kaif's birthday party three years ago where it was revealed that the once-upon-a-time best buddies engaged in a verbal spat which climaxed off at a point where both almost became physical at one another. The reason behind the fight, you ask? In short, Katrina Kaif! Sallu suspected Shah Rukh of planning to file a complaint against UK born Katrina for not having the proper papers to stay and earn a living in the country. However, Shah Rukh claimed in his defense that he was not pointing fingers at the Brit beauty, he was merely speaking generally but Salman took it in bad spirits and blew things out of proportion.
Other rivals invited were siblings Mukesh and Anil Ambani.
Certainly Aamir's reunion decisions have raised a few eyebrows, but one can't deny that the actor definitely has gone the extra mile to put an end to the long time feud.
Here's hoping Aamir's efforts pay off!