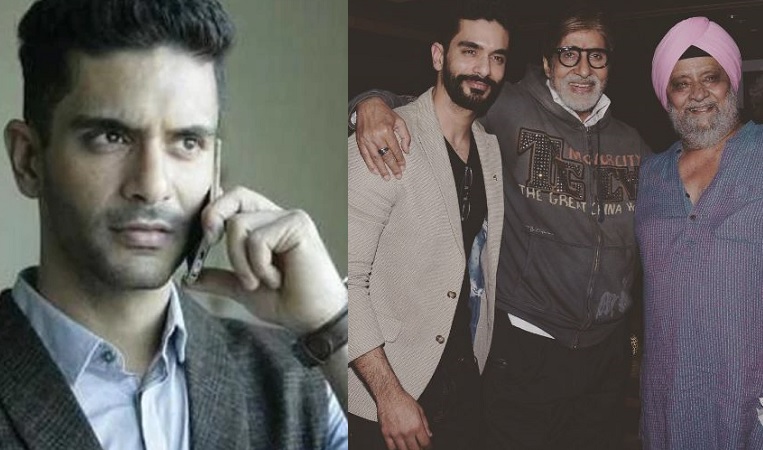 Angad Bedi recently was seen at the trailer launch of his next project, Amazon Prime's maiden India series Inside Edge, which is based on cricket and game behind it. Coming from a cricketing family, he has always been fortunate that his family and especially his father allowed him to pursue his dream to become an actor. Angad is very excited after having been part of one of the most successful films from last year having shared screen space with the legend himself, Amitabh Bachchan. Angad truly feels both these gentlemen, his father and Big B have shaped his persona as an actor. This year is definitely a highlight for him owing to his diverse projects, including Inside Edge and soon after he will be seen in Tiger Zinda Hain with Salman Khan and Katrina Kaif. It was Mr. Bachchan's peculiar advice which motivated him to be better as an actor.
He recalls, "Bachchan sir had told me. Mann ka ho toh accha.. na ho toh aur bhi accha.. kyun ki phir voh ishwar ke Mann ka Hota Hai ! This truly inspired me to be better. And has helped me to be clear on what I wish to do as an actor."
0 Likes