New Delhi, Feb 25 (IANS) It's high on energy, appeals to the young brigade and is the mainstay of elite nightclubs and hip dance parties. EDM, short for electronic dance music, has caught on in India, with much of its popularity fuelled by the internet.

'I feel EDM is a major part of the system. A lot of people are glued to electronic music not only around the world but it's a hit even in India. It has a considerable fan following here,' Malik told IANS.

EDM is described as an ever-evolving plethora of genres, styles and sub-styles. Some genres, such as techno, house, trance, electro, drum and bass are primarily intended to promote dancing.

Delhi-based Nikhil Mahajan has founded Audioashram, a company that promotes EDM by providing a platform to people interested in the genre. He too says the new music trend is here to stay.

'If you go to any nightclub, you'll find DJs playing electronic music. This kind of music has sunk in and already become a part of our music culture.'

While DJs like burning up the dance floor with this music genre that is rich in beats and high on tempo, youngsters too don't tire of asking for more.

'I love dancing away on electronic music. It's hip and young. The best part is that I can easily download it and even create it on my own,' said Nakul Sinha, a college student here.

Computer recording systems have made it easy for anyone to create electronic music instantly and post it on the web. A few websites that facilitate the creation of electronic music are beatport.com, synthtopia.com and analogik.com among others.

'One doesn't have to get into the hassle of coming out with a record. With this facility you can make your own music and put it on the web. Someone in China, India or anywhere else can now create his or her music and make it available for everyone to hear,' said Manu Idhra, a percussionist from Portugal who often performs in various Indian cities.

DJ Hamza, who has collaborated with Taz of 'Stereo Nation' fame for an electronic dance music album, says its availability on the net is a boon for music lovers in India.

'Ten years ago people found their music only in the record shop. So a young kid in India couln't access the music if the record was not available. But now everything has become digital and downloads are the easiest thing to do ... anyone in India can access this music,' Hamza told IANS.

'We are increasingly becoming good with electronic music and in the coming years everyone will see good Indian DJs playing worldwide,' he added.

Hamza, however, noted that 'there is always the risk of bad music being uploaded, but there is also good music that comes, one just has to have the ear for it'.

Ralph Christoph, an electronic music expert from Germany, went on to say that within a few years, the physical business of music would disappear and what would remain is music on the internet and live concerts.

So will music labels suffer in the long run?

'CD sales will be affected with the growing popularity of electronic music but I guess there's still time for records to be completely out of business,'said Mahajan of Audioashram.

Added singer Rabbi Shergill: 'It's difficult to predict what exactly will happen to physical sales, but yes it seems to be heading that way.' 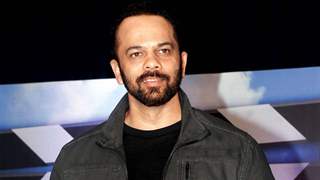 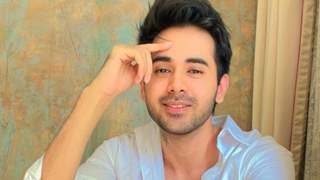