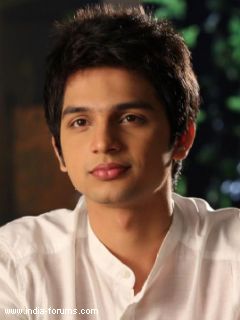 What if you were not an actor?

I always wanted to be an actor from childhood. There is a very meaningful statement which says 'where there is a will there is a way', which has stood true in my life. But if I had to  give it a second thought which I really don't want too(laughs) I would be a Footballer.

Is your family into Acting or into football?

Neither are my family members into media or the acting field nor into football. I am the first one(smiles).

If given a chance would you mind switching your profession into football?

No I wouldn't change my profession into football. I love acting. Though I like football I can play football related roles in my daily soap but wouldn't switch my profession.

How did Acting happen to you?

As I mentioned earlier I have always had an active interest in acting and I wanted to get into acting but couldn't find a way from where to start as I had no contacts and I was new in this field. One of my friend who is a model, told me to go for an audition, for which I went and the person I gave my audition to was very impressed by me and gave me many contacts from where I could start my career. I initially started with Ads on television and then I landed up doing Humse Hai Life.

shrvnrai 7 years ago why don't u play lead role in humse hai life ?

rambo5 8 years ago cool article..all the best to him for his future eneavours!!

sjalan 8 years ago Words cant describe how much i love your talent and your ability to entertain us...God blees u ! ;)
be always happy.

piyali91 8 years ago you are doing an awesome job of playing Arjun :)

priyalisa612 8 years ago Hey!! Nyc yaar Yuvi...footballer is nt a bad option...bt I think u r more deservable in Acting!!!

shruti284 8 years ago u r my heartthrob Yuvraj...keep smiling always :)

Swaron4eva_Sabz 8 years ago I find him the Cutest guy on Humse Hai Life- Though his character is not that appeling- I would fall for that cuteness @ any moment :)